An electrical disturbance within the brain, leading to bizarre behaviour or sensations.

Like a computer, the brain relies on an orderly flow of electrical current to work efficiently. Epilepsy is the result of a major electrical storm within the brain. Any scarring or area of tissue damage is a likely focus for the disorder. This may accompany cerebral palsy or follow a head injury, a stroke, brain surgery, drugs or excess alcohol.

High fever, especially in children, is an extremely common cause of fits, fortunately with no long-term consequences. Other causes are heat stroke, brain tumour and disorders of body chemistry such as diabetes and lack of oxygen. After all these have been excluded there remain about 75% of epileptics for whom no cause can be found despite investigation.

The classic epileptic fit begins with a sense of something about to happen, called an aura. Auras may consist of an odd sensation, an emotion or a smell. They come from electrical activity in the part of the brain where the fit is beginning. Then there is a phase of generalized muscle activity, first stiffening up, followed after a few seconds by regular jerking of limbs, often with frothing at the mouth and incontinence of urine. This is the time when epileptics may come to harm through falls. After a few minutes most fits end, followed by a period of drowsiness that can last several hours. There are many variations on this classic fit. The fit may consist of unusual behaviour or a momentary lapse of consciousness.

A reliable eyewitness account is a good way to make the diagnosis; otherwise an EEC may show characteristic electrical wave forms from the brain. Most cases nowadays would be investigated with a brain scan.

Treatment is not always essential for single or very infrequent fits, as in a feverish child. Treatment aims to stabilize electrical activity in the brain and so reduce, if not stop, further fits. Drugs in general use include phenytoin, valproate, vigabatrin, carbamazepine and several others. Each one suits different people. The correct dosage is found by experience and by monitoring blood levels of the drag. Any precipitating causes such as alcoholism or high fever need to be dealt with.

If someone is having an epileptic fit, the only action to take is to put him into a safe position on his front so that he will not choke. After the fit has ended he should be allowed to recover from the ensuing drowsiness. Only if a fit is prolonged might active treatment be necessary, such as the injection of a sedative like diazepam.

It is possible to perform brain surgery for certain highly localized types of epilepsy, with the aim of cutting off the part of the brain where the abnormal electrical impulses begin.

Providing an epileptic remains fit-free for a number of years, he can lead a completely normal life, including driving a car, although some occupations are forbidden such as driving public service vehicles or flying a plane. Deciding whether medication can be stopped is difficult, depending on the consequences if fits recurred. It is helpful to show first that brain activity is normal with an EEG, then the dosage of drugs is slowly reduced. Withdrawing medication is often done for children. Adults may be reluctant to stop medication despite years of being fit-free because of the implications for their job or driving licence if fits restarted.

There is no substitute for orthodox treatment; however, any of the relaxalional therapies will be useful on a day-to-day basis. Bach flower remedies – try taking Rescue Remedy immediately after a fit. Nutritional therapy can offer some long-term help; recommendations might include supplementing vitamin B6 magnesium, zinc and selenium. Through heling the frequency and severity of attacks can be reduced, as this therapy has a calming effect on the whole being. Other therapies to try: see Stress. 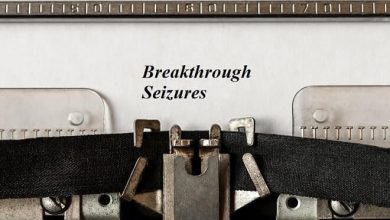 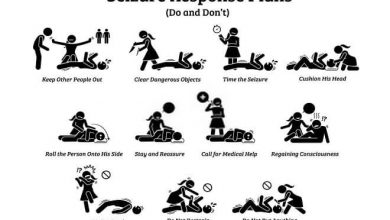 How to Help Someone During a Seizure 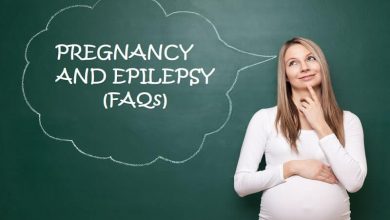