One of the most common causes of lower back pain is inflammation to the sacroiliac joints (SI), which can be due to an excessive compressive force applied to the spine and hips, or other factors.  However, specialists in the field do not readily conclude the causes of the sacroiliac joint pain (SI joint pain) until special orthopaedic assessment tests are performed, such as:

This is done by making the patient lie flat on a bed with his legs fully extended.  The straight leg raise is considered positive if, during the test, the patient reports of pain in his lower back or leg. In this case, further testing on the other leg proceeds to define the nature of the irritation. There are two methods to perform SLR to reproduce the patient’s pain.

One method is called Active SLR, where the patient is made to raise his thigh into flexion at the hip joint while the knee joint is fully extended and held in the air.  Active straight leg raise, however, has a disadvantage.  If the patient has a weak anterior abdominal wall musculature, he is less likely able to balance his core and may tend to anteriorly tilt his entire pelvis at the lumbosacral joint instead of posteriorly tilting only a side of it, consequently producing only a minimal movement at his sacroiliac joint.  This, therefore, defies the assessment value of the SLR test.

Another way to do SLR is through Passive test, where the patient is made to relax while the therapist performs the test by placing one of his hands under the patient’s ankle while the other hand is positioned on the patient’s knee.  He then lifts the ankle and bends the thigh and brings it towards the centre of the patient’s body.

Straight leg raise can evaluate lumbar strains, sprains, and lumbar pathologic disc and degenerative joint dysfunction.  A patient having a sacroiliac joint injury may start to complain of pain at approximately 30 degrees of the leg raise.  While a patient suffering from lumbar problem, be it local in his lower back or referred into his lower extremity, may tend complain of pain beyond 30 degrees into the leg raise test.  This is because the tension force has shifted up into the lumbar spine as the thigh is elevated gradually higher.

Passive SLR  is considered the better option than Active SLR.

This test requires the patient to be in a prone position while the therapist passively raises his feet, one at a time, to a right angle from the table.  Then, applying pressure against the anterior surface of the patient’s ankle, the therapist now gradually   and maximally directs the patient’s heels toward his ipsilateral buttocks.  He then uses his other hand to apply pressure over his pelvis to prevent bending at the hips.  If the patient complains of sharp pain in his ipsilateral buttock or sacral area during the test, it might be an indication that he has a problem with his sacroiliac.  If he feels pain in his lower back, then he might be suffering from lower lumbar condition.  And if the patient’s upper lumbar portion, groin, or anterior thigh aches during the test, he might be having a femoral nerve lesion or quadriceps spasticity/contracture. In other words, the test is considered positive when the patient experiences pain while the Nachlas’ test is performed.

This is a physical examination that aims to determine if a patient is suffering from sacroiliitis, an inflammation of the sacroiliac joints.  Its mechanism is quite the same as that of Nachlas’ test although this is more assertive than the former.  In Yeoman’s test, the patient is required to lie in a prone position on a bed or table as the therapist lifts his thigh up into extension and flexes his knee until it reaches to a 90 degree angle.  The therapist uses one of his hands to push down on the patient’s ipsilateral lower back, while his other hand is positioned under the patient’s leg to move it slowly up and away from the bed.  If the patient complains of pain during this test, it might be an indication that he is suffering from sacroiliitis.  The same procedure should be repeated on the other leg.

It should be noted that both Nachlas’ and Yeoman’s tests may be positive when the patient experiences a lumbosacral joint sprain.

A patient can actually perform these tests personally, but it would be much better to have it conducted by a professional therapist or chiropractor. 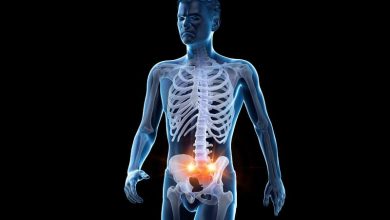 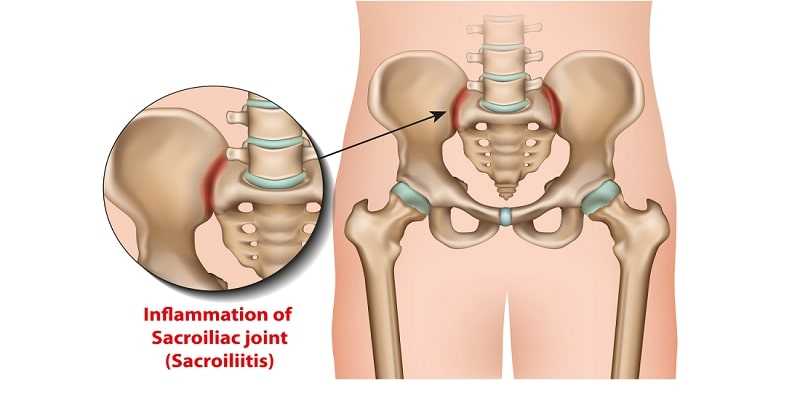 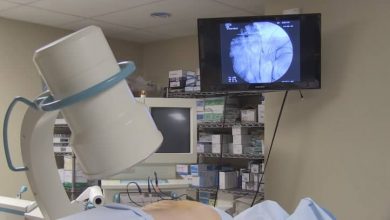