The stress and anxiety associated with any surgical procedure leaves patients vulnerable to psychiatric disturbance and post-traumatic stress disorder following back surgery is increasingly recognized as a possible post-surgical complication. Surgeons are, however, less likely to refer patients to psychiatrists than are other physicians, meaning patients suffering from PTSD may be left without adequate care and attention. Misdiagnosis or underdiagnosis of post-traumatic stress disorder following spinal surgery may involve incorrect assessment of a flare-up of a pre-operative psychiatric symptom such as depression, anxiety disorder, bipolar disorder (manic depression), or even schizophrenia.

Patients with such mental health issues may have to change their medications before and after back surgery or find that their symptoms worsen due to the stress of surgery. It is important to discuss these types of concerns with a physician and surgeon where possible so as to proactively prevent psychological disturbance.

Some patients find that the anxiety surrounding back surgery leads them to increase alcohol consumption, smoking, or other damaging behaviors. Conversely, such behaviors may actually be the reason that patients are undergoing back surgery in the first place, such as when alcohol played a part in a traumatic accident, or where chronic smoking has caused damage to the bones, intervertebral discs, and spinal function in general.

Smoking increases the risk of complications, including lowering the chances of successful spinal fusion and impairing healing in general and alcohol also has damaging effects on post-surgical recovery and may interact with medications. An unfortunate number of patients become reliant on pain medication after back surgery which is why morphine and other opiates are often restricted to a brief post-surgical period in most cases. Patients who found surgery particularly stressful and painful may be more likely to become dependent on the numbing effects of such drugs.

Causes of PTSD in Surgery Patients

In a, thankfully, small number of cases patients awake too soon from anaesthesia and may experience some sensation during the spinal surgery. This is extremely rare but can have devastating and long-lasting effects in terms of a patient developing post-traumatic stress disorder following back surgery. Addressing the issue immediately after surgery gives the patient the best chance of coming to terms with the experience quickly and with little, if any, persistent problems related to the episode.

Acute spinal trauma and subsequent surgery also raises the risks of PTSD developing as patients have little time to consider that ramifications of their injury or the consquences of back surgery, unlike patients undergoing elective spinal surgery. However, in cases where the patient suffering the injury was intoxicated at the time the risk of PTSD is actually considered quite low, possibly because they fail to remember the incident.

A trauma patient may awake from back surgery with restricted mobility, pain, and other symptoms resulting from their injury and the surgery itself, none of which they have ever experienced, nor mentally prepared for. It is important that such patients are evaluated for the risk of depression associated with any new disability or chronic illness and that signs of stress in the hospital are monitored for their potential to develop into PTSD.

Who is at Risk of PTSD After Back Surgery?

Certain personality traits and patient characteristics may make a back surgery patient more likely to experience mental health difficulties, including post-traumatic stress disorder, after spinal surgery. Clinicians are sometimes trained to recognize signs that a patient is struggling with the choice to undergo surgery or with the after-effects of their operation, but there have been many calls to improve training and implement preventative action more often.

Some surgeons actually refer patients for psychiatric consultation too frequently however, with their own discomfort over the patients’ expression of entirely appropriate emotion prompting the referral. In such cases a patient may begin to consider their feelings a sign of mental illness, thus beginning an unnecessary, and potentially dangerous, foray into the field of mental health and psychiatric medications.

Most patients taking antidepressants prior to back surgery will be fine to continue taking such medications. However, the anticholinergic medications, such as amitriptyline, may need to be stopped for a brief period in patients who develop post-surgical delirium or ileus. Those on monoamine-oxidase inhibitors are generally recommended to continue medication so as to avoid possible relapse, although in previous years the practice was to discontinue antidepressants prior to surgery.

Post-traumatic stress disorder is most common in trauma surgery patients, but patients undergoing surgery after a long and complicated illness are also at a higher risk of developing such a problem. Sometimes patients with no indications of risk for PTSD develop the condition nonetheless and it may be such patients that are misdiagnosed or remain undiagnosed after back surgery. Most cases of PTSD show a reduction in symptoms after a year although some patients continue to suffer chronic symptoms for many years. Where surgical turnaround times are quick, such as with minimally invasive back surgery, it may be that there is little opportunity for physicians to evaluate and recognize post-traumatic stress disorder before discharging a patient.

Estimates of the incidence of PTSD in patients suffering an orthopaedic injury range from 20% to 50% and there are concerns that by overlooking this post-surgery complication the patients’ recovery prospects are inhibited. Poor physical rehabilitation, and lower patient satisfaction, are two possible ways that PTSD may affect the outcome of back surgery, and patients may also experience difficulties with simple household tasks such as laundry or personal hygiene, as well as problems returning to work, and enjoying family life.

Post-traumatic stress disorder can involve flashbacks of the traumatic event, including nightmares and intrusive memories that disrupt normal routines. A patient may begin to avoid certain situations that remind them of their trauma, as well as refraining from talking about the incident, feeling ‘numb’ towards the event, and experiencing anger, irritability, poor concentration, and sleep disruption. Patients with PTSD are often easily startled and this itself may lead to reclusive behavior developing even in a previously outgoing and sociable individual. For a diagnosis of PTSD the symptoms usually need to be present for at least a month and be effecting an observable behavioral change in the patient.

Treatment may involve the use of antidepressants but will almost always involve psychiatric counselling and/or therapy to enable the patient to work through their trauma. Cognitive behavioral therapy may also be used to address post-traumatic stress disorder in patients. Many support groups exists both on and off-line for patients who are suffering from post-traumatic stress disorder following back surgery which can help a patient to realize that they are not alone and that there is help available. 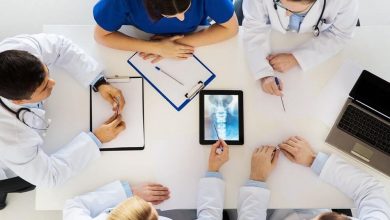 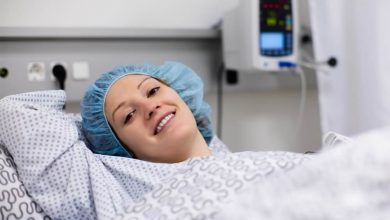 Pain after Back Surgery 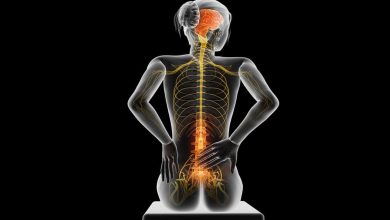