The majority (around 85%) of people over fifty will have some evidence of disc degeneration in the spine.  Fortunately, most of these people remain asymptomatic and are often unaware of the degeneration until having an MRI for some other reason, or until symptoms suddenly arise.  Degenerative disc disease is not really a disease, but rather a condition in which the general health of the discs between the vertebrae declines, making them brittle, liable to rupture or herniate, and causing loss of vertebral height with resulting alignment problems.  Degenerative disc disease, which is connected to osteoarthritis of the spine, may lead to other problems such as spinal stenosis, spondylolisthesis, and retrolisthesis.

The discs themselves are not innervated by nerves and so do not cause pain directly.  Instead, the protrusion of a disc, either a bulging disc or a herniated disc, into the space around the spinal nerves can cause irritation and compression of the nerves and lead to pain and other symptoms.  Disc degeneration can include the rupture of a disc’s outer fibrous shell once it becomes dry and brittle, allowing the nucleus pulposus to be squeezed out into contact with the spinal nerves.  The irritation of the nerve and the inflammatory nature of the disc’s inner material can lead to radicular pain, numbness, weakness, atrophy of the muscles, paraesthesia, and symptoms such as sciatica in the legs and feet.  These problems are liable to be more pronounced if a patient also has bone spurs (osteophytes) which are obstructing the spinal nerves in addition to the disc degeneration.

In an advanced stage of disc degeneration, the patient may have difficulty walking or standing, with severe pain, numbness, and progressive weakness.  These symptoms are largely due to nerve compression, but are usually also connected to structural problems with the spine as the cushioning from the discs reduces causing slippage and curvature of the back.  Spinal curvature may lead to the bones rubbing together which can cause pain and inflammation.  Spinal muscles and ligaments are also likely to become stressed and strained, with resulting muscle cramps and possible tears.  In more advanced cases of disc degeneration it is unlikely that conservative treatments will do much to help the patient’s quality of life, with more invasive methods required to relieve pain.  In a select few cases the disc will degenerate, and dissipate, to such a degree that the symptoms disappear as no more pressure is being applied to the nerves; this is rare as discs take a very long time to fully degenerate.

Degenerative disc disease is hard to address as the spine is almost constantly working to absorb the shocks and jolts of everyday life.  The discs themselves have no direct blood supply and rely on the slow osmosis of nutrients to keep them healthy.  They are easily dehydrated and in this dry state are more prone to injury from both acute and chronic trauma.  Excessive twisting movements can cause tears in a degenerative disc, as can compression due to heavy lifting, or high impact exercise, or backwards or forwards bending to excess.  The damage that such activities can cause to the ligaments and muscles in the spine is much more easily rectified than disc damage due to the better supply of blood to the area, bringing nutrients and oxygen for repair.

Prevention is clearly important in this type of degenerative condition, with emphasis placed on correct posture, healthy weight management through a balanced diet and regular exercise, and prompt intervention where necessary to prevent a smaller problem becoming chronic.  Patients with one degenerative disc often unwittingly change their posture to compensate and this can lead to greater stress on the other structures of the spine, including the other intervertebral discs.  Addressing postural issues early can prevent the degeneration from becoming worse in some cases and may even help reverse the damage.  Physical therapy and the Alexander Technique are worth further investigation in the early stages of degenerative disc disease.

Many patients will treat chronic lower back ache and sciatica with NSAIDs, analgesics, cold and compresses, and massage.  These treatments can be effective at relieving pain and inflammation and are usually indicated for at least six months prior to back surgery being considered.  Many patients find that they can adequately manage their pain and other symptoms using conservative therapy, although it can take a number of months to find a suitable pain medication or strengthen the muscles sufficiently to address the problems of degenerative disc disease.  For some patients conservative therapies may simply defer more direct treatments and in rare cases the delay can actually worsen the condition.  The side-effects of medication are also becoming more widely known making many patients with chronic back pain keen to avoid NSAIDs in favor of natural anti-inflammatories and pain relievers.

Most topical treatments will have little effect on the discs themselves due to poor penetration of the ingredients; they can help reduce inflammation in the shallower muscles and tissues however.  Heat should not be applied to inflamed tissues, but can help to reduce a stiff neck and stiffness in the back.  Cold packs are helpful in taking down swelling and pain.  Massage, chiropractic treatment, and exercises for the back can also help relieve pain from degenerative disc disease but it is important that the therapists are qualified and aware of the patient’s particular circumstances.  Improper treatment can cause a degenerative disc to rupture or bulge, or transfer stress to other structures and cause further problems.  Acute nerve damage is possible with inappropriate treatments and patients should approach these with caution.

Back Surgery for Degenerative Disc Disease

Degenerative disc disease can progress to such a degree that a patient is unable to satisfactorily carry out daily activities, is in near constant pain, and has little quality of life.  When a patient can no longer use conservative treatments to address their condition spine surgery is often considered.  Back surgery for degenerative disc disease is often difficult and protracted as the degeneration is rarely at a single level and may simply transfer the spinal stresses to another disc after surgery.  Relief is often only temporary, with failed back surgery syndrome a common problem for patients with evidence of widespread disc degeneration.  It is important to isolate the cause of the pain prior to surgery as the spinal segment thought responsible for the nerve pain may not be to blame.  Misdiagnosis is the primary reason for failed back surgery syndrome.

Patients with severe, debilitating pain, especially of an acute nature, back surgery for degenerative disc disease is often considered at a much earlier stage as conservative therapies may simply fail to provide any relief, and nerve damage may become too high a risk.  Either traditional open surgery, or minimally invasive endoscopic surgery can help to relieve the pressure from the spinal nerves due to disc material.  There are two main types of back surgery for degenerative disc disease; artificial disc replacement and discectomy with spinal fusion.

In an artificial disc replacement procedure a prosthesis is fitted, after the diseased disc has been removed, in order to maintain the intervertebral height and correct spine alignment.  This can have the advantage of maintaining motion in the operative spinal segment and provides the opportunity for a degree of cushioning between the vertebrae; advances in these prostheses have made them much more successful in achieving both of these things.  Artificial disc replacement uses an anterior approach and requires the surgeon to dissect behind the abdominal muscles in order to reach the anterior spine and the troublesome disc.  This surgery is more complex than a spinal fusion procedure, and some surgeons may make use of both an anterior and posterior approach, with the patient lying on their side, in order to access the disc(s).

In other cases only fragments of the disc may be excised through a small incision in a procedure known as a partial discectomy.  This may be considered sufficient to relieve pressure on the spinal nerve and is advantageous in avoiding the higher risks of open traditional surgery.  Unfortunately, such a procedure may prove insufficient and the patient will continue to experience symptoms such as pain and paraesthesia.  Further surgery to remove the whole disc and perform a fusion procedure may then be indicated.

Discectomy with Fusion and TLIF

Discectomy with fusion is an extensive procedure requiring significant surgical time and a prolonged recovery period.  The procedure is designed to prevent the spinal motion at the painful segment (where the disc has degenerated) by forming one long fused bone incorporating the vertebrae.  Similarly to the artificial disc replacement, the surgeon may use an abdominal approach in addition to a posterior approach which involves the moving, and possible severance of muscles and ligaments.  The surgeon will affix pedicle screws to the spine to keep it in position as the fusion is conducted.

The TLIF procedure is becoming more commonly used by surgeons as this has the advantage of creating a solid fusion between the vertebrae at both the front and back of the spine meaning that forwards slippage is less likely to occur than with a fusion at the back only.  The surgeon may use an autologous bone graft taken from the patient’s hip during the same procedure, or donor bone to form the graft material.  Hardware such as a cage, spacers, and metal plates are used to hold the graft in place until fusion occurs.  Spinal fusion can remove the disc material compressing the nerve, restore the collapsed intervertebral space, remove calcified ligaments that may be constricting spinal movement, and prevent further motion of the spine from causing nerve compression.

Risks of Back Surgery for Degenerative Disc Disease

Prior to any surgery, patients should consider the potential disruption of the procedure, including the time away from work during a potentially protracted recovery, and the chance that the surgery may fail to address their symptoms.  There are significant risks associated with any surgery and specific risks with each procedure; it is vital that patients understand these and ask questions of their surgeon if they are unclear.  Taking care not to be pressured into back surgery is also important as some surgeons will be more enthusiastic about the outcome than an impartial observer.  Forming a solid fusion can take anything from six months to two years, with some patients never achieving this.

There are things that can reduce the risks of back surgery and go some way to preventing failed back surgery syndrome, such as achieving and maintaining and optimum weight, quitting smoking, and following surgical guidelines carefully.  Fusion surgery also runs the risk of adjacent segment disease where the other discs above and below the operated section of the spine degenerate at a faster rate.  If signs of disc degeneration are already present here then a different surgery may be more appropriate.  The use of artificial disc replacement is relatively recent and this means that little is known about the longevity of the prostheses.  Patients who are relatively young when undergoing this type of surgery may find that they need further back surgery at a later date to replace the disc again, although laboratory tests seem to show an adequate lifespan for the artificial discs regardless of a patient’s youth at the time of the procedure. 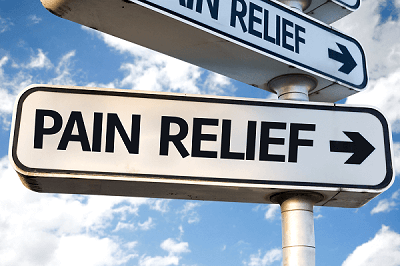 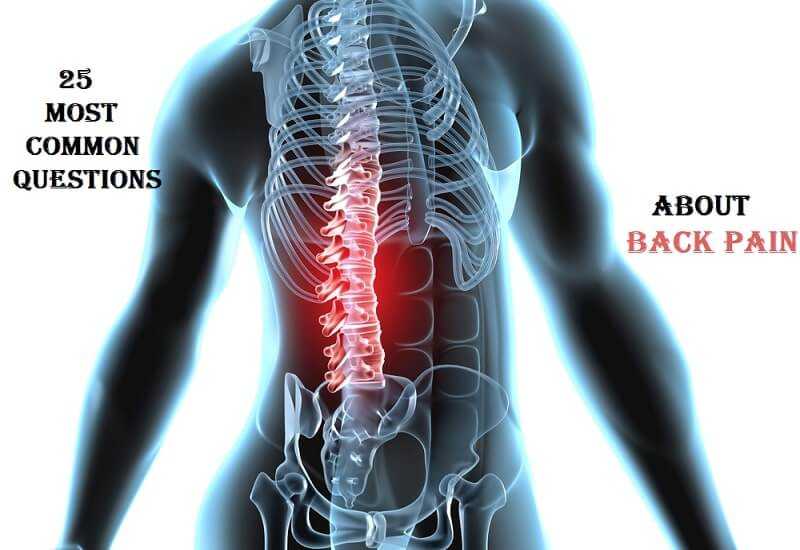