A study by Waguespack (et al, 2002) outlined the most common causes of failed back surgery syndrome (FBSS) in a group of 181 patients with the condition.  In 6% of the patients the cause of FBSS remains unknown.  The largest group by far, at 29%, included those patients who continued to suffer from foraminal stenosis and spinal stenosis with inadequate decompression or resulting spinal disc instability following surgery.  Bulging discs or herniation along with inadequate opening up of the foramina allowed nerve compression to continue in these patients and usually required further back surgery following an MRI or CT scan.

FBSS Caused by a Fusion

The second major reason for FBSS was painful disc disease from the continued motion of the discs above or below the surgical fusion site.  This complication, present in 16.9% of the group,  may be prevented through the use of discography to determine the level of degeneration in the discs adjacent to the site at which surgery is being contemplated.  Surgery can then, accordingly, be altered to reduce the extra pressure which would have been put upon these levels.  Pseudoarthrosis, or failure to form a solid union following spinal fusion, was the next most common cause of failed back surgery syndrome with 14.8% of the 183 patients experiencing this outcome.  Excessive disc motion or the rubbing of bone against bone is responsible, for the most part, for the pain from pseudoarthrosis with failure of fusion attributed to smoking, NSAID use, inadequate stabilization during surgery, and other complications. Patients may be treated through additional surgery in some cases.

Neuropathic causes, including peridural (epidural) fibrosis or scarring, accounted for 9.3% of the cases of FBSS.  With subsequent surgery the risks of FBSS due to neuropathic causes is more than 60%.  Recurrent disc herniation accounted for 6% of the cases, and spinal instability for 4.9% where too much structural material was removed, including disc material, spinal ligaments, and the facet joints.  Patients who had surgery at multiple levels but received no spinal fusion often had to undergo fusion at a later date.   The remaining 14% or so of reasons behind failed back surgery syndrome are split between painful discs in addition to stenosis (4.4%), painful discs within fusion (2.7%), psychological reasons (2.7%), infection (1.6%), recurrent disc herniation with stenosis (1.6%), and arachnoiditis (1.1%).

Numerous other studies have found wildly varying degrees of failed back surgery syndrome due to these reasons, with some putting epidural fibrosis at 25% and others claiming that psychological factors such as job dissatisfaction play a much larger role in the continuation of back pain after surgery (Gasiński, et al, 2000, Mielenz, et al, 2008).

Smoking and Back Surgery

Smoking is a major risk factor for patients developing failed back surgery syndrome, particularly in cases where bone grafts are used and spinal fusion is carried out.  The rate of successful union diminishes rapidly with cigarette use before and after surgery as nicotine and other chemicals in the tobacco inhibit the formation of new bone.  Circulation is also affected by smoking, meaning that oxygen and nutrients may not be delivered in sufficient quantities to supply an adequate recovery.

How Smoking Affects the Body

Smoking also decreases the body’s reserves of vitamin C which has a role in the formation of collagen, a structural protein involved in scar tissue formation.  The cadmium in tobacco can inhibit the levels of zinc in the body which is essential for the formation of proteins and new tissue and also plays a role, along with vitamin C, in regulating the immune system.  Inflammation and poor protein synthesis can encourage abnormal scarring and lead to epidural fibrosis where nerve roots are tethered by adhesions.  Leg pain and back pain may then occur in such cases, making smoking extremely detrimental to a successful recovery.  It may, for many patients, be worth delaying back surgery until they have quit smoking in order to effect a more prosperous outcome.

Spinal fusion surgery can effectively stabilize the spine following abnormal kyphosis, lordosis, or the removal of structural elements for decompression purposes (such as in a laminectomy and discectomy).  Unfortunately, not all spinal fusion will achieve a solid union between the existing skeleton and the bone graft or implant.  In a number of cases the non-union does not cause symptoms as it can improve spinal stability and relieve pressure to a degree significant enough to relieve a patient’s leg or back pain.  In other cases the pseudoarthrosis (failure to fuse) can cause continued nerve compression, instability in the spine, and even extra pressure on the adjacent segments.

How Long Does a Bone Fusion Take?

In general there is an association between the formation of a solid union following spinal fusion with a better patient prognosis.  However, it can be difficult for a surgeon to ascertain whether a solid fusion has actually occurred, particular when the use of hardware limits the visual access of MRI scans or X-Rays.  Fusion can take anywhere from around three months to a year after surgery and further surgery is unlikely to be scheduled within a year of the first fusion procedure.  Exceptions to this include cases where a clear hardware failure is evident, or where a significant degree of spinal instability can be seen which is extremely unlikely to be addressed through the usual bodily healing processes.

Adjacent segment disease, also known as transitional syndrome, can also contribute to failed back surgery syndrome.  This condition develops as a result of the new distribution of weight and pressure on the spine following spinal fusion.  The solid, inflexible, long bone that results from successful spinal fusion can transfer pressure to the vertebral levels on either side of the new bone structure causing increased progression of degenerative disc disease, and the possibility of fractures of the joints above and below.  Further fusion may be needed, but patients may experience difficulties as fusion over multiple levels is more likely to cause complications.  A TLIF back surgery may reduce the degree of adjacent segment syndrome as it can effectively maintain intervertebral height and reduce the transfer of pressure to other vertebrae.  Similarly, the use of artificial disc replacements may allow the spine to remain both stable and flexible following a discectomy, and reduce the need for fusion.  Research continues in this area on appropriate materials and techniques to improve surgical outcomes.

See also  Can You Tell if You Have Immediate Back Surgery Failure?

Recurring Back Pain after Spinal Fusion

Recurrent pain that occurs many years after spinal fusion can be due to adjacent segment syndrome and is more likely in those undergoing a two-level fusion at say L4-L5 and L5-S1 for sciatic nerve pain.  Younger patients, such as those thirty to fifty years old, are more likely to suffer a second incidence of back pain, usually attributable to their higher levels of activity and the relatively longer time span in which such problems can occur (compared to more elderly patients).  Lower segment fusion, at L5-S1, does not usually cause subsequent pain as this portion of the spine is relatively stable anyway.  Fusion at L4-L5 transfers considerable stress to the above L3-L4 segment as these are the more mobile vertebral levels.

Patients with other conditions, such as osteoarthritis, including degenerative spondylolisthesis and spondylosis, are more frequent sufferers of transitional syndrome.  If patients have undergone spinal fusion following a discectomy and have degenerative disc disease then adjacent segment disease is considered less likely to occur.

In spinal fusion surgery there is an element of competition between the recovery processes of the body and the resilience of the hardware used in fusion.  Most spinal fusion surgery will make use of pedicle screws to stabilize the spine as the bone graft forms a solid union, along with metal plates, rods, and cages in some cases.  If a spine is particularly unstable then it presents a higher degree of risk that the hardware will fatigue and snap before a strong fusion occurs.  Patients may experience the movement of hardware prior to fusion occurring, particularly where back support has been neglected initially.

The initial recovery period following spinal fusion is extremely important as vigorous activity, bending, twisting, and lifting movements can all increase the risk of hardware failure and failed back surgery syndrome.  Whilst it is inadvisable to remain bedridden or inactive for too long after back surgery, patients are commonly prescribed a physical therapy regime that incorporates appropriate stretching and strengthening exercises to facilitate a good recovery.  A back brace is usually worn for a short period of time following surgery, particularly when traveling in a car or other vehicle in order to prevent sudden jolts to the spine.  Eventually, following the formation of a solid union, the patients’ bones will provide the appropriate spinal stability and support with the hardware shouldering the burden in the meantime.

As well as smokers, patients at particular risk of hardware failure include those who are overweight and who have a larger number of vertebral segments fused. Both of these things can put extra pressure on the hardware prior to a solid fusion being formed from the bone graft.  Additionally, those who are overweight may be at risk of poor blood sugar homeostasis which can cause an increase in inflammatory reactions in the body and poor endocrine regulation (including increased cortisol levels).  Impaired circulation due to peripheral vascular disease can further compromise healing, which is also a consideration for smokers as this habit can cause dysfunction of the blood vessels.  Single level fusion in optimum weight patients rarely results in hardware failure and can be very effective at achieving stability in the spine with the patients’ leg and back pain relieved successfully.

Perhaps the most common causes of failed back surgery syndrome is the poor diagnosis and selection of patients as regards the spinal pathology that is causing their back and leg pain.  Diagnostic imaging can be extremely helpful to a clinician in order to highlight a likely troublesome lesion or structure in the spine.  However, there is no guarantee that it is this particular site of spinal stenosis, disc herniation, osteophyte growth, or spinal curvature that is responsible for the patients’ symptoms.

Patients may receive a selective nerve root block, or a series of these, prior to surgery in order to isolate the particular nerve responsible for their pain.  This localized steroid injection can reduce nerve inflammation, relieve the patients’ pain, clarify which nerve is the cause of the symptoms of back pain, leg pain, numbness, weakness, and paraesthesia, and may, in some cases actually allow the nerve to heal and remove the need for back surgery.  Discography can also be useful in ascertaining the degree of disc pain at the levels above or below the site being considered for spinal surgery.  Without fully comprehending the degeneration at adjacent segments, the back surgery may simply defer the stress and symptoms to another level or carry out the procedure at the level that is not responsible for either all or part of the pain.

Some lesions in the spine are more reliable than others as predictors of back pain, with a disc herniation commonly identified as the root cause of leg pain, but not always implicated in the pathology of back pain, for example.  Accurately diagnosing piriformis syndrome as the cause of sciatica symptoms can save a patient from undergoing unnecessary back surgery.  Additionally, a patient may consider their back surgery to be a failure when, in fact, their symptoms were a combination of lumbar spinal stenosis and piriformis syndrome, for example.  In such a case, the second condition would require treatment before the back surgery may be considered successful.   Sacroiliac joint dysfunction (common amongst regular golfers) may be responsible for lower back pain and leg pain, as can a simple manganese deficiency.  Although certain misdiagnoses are unlikely, osteoarthritis or rheumatoid arthritis could be overlooked if a clinician finds initial evidence of spinal lesions and stenosis which could be the cause of back and leg pain. 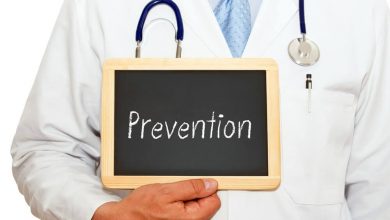 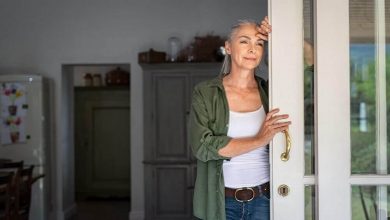 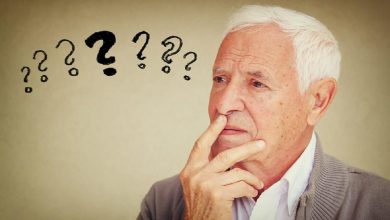 Is Old Age a Primary Risk Factor for Failed Back Surgery Syndrome (FBSS)?