Cervical spinal stenosis is a condition where the spaces in the spinal canal in the neck have become obstructed or narrowed leading to pressure being placed on the spinal nerves and the spinal cord. Although cervical spinal stenosis is fairly common, it is usually the lumbar spine that is most frequently associated with stenosis and for which patients undergo back surgery. The thoracic spine can also become stenotic but this is considerably less frequently diagnosed. Patients may have evidence of stenosis at a number of vertebral levels and require accurate testing to ensure the correct identification of the nerve(s) producing the symptoms of neck and/or back pain. This is particularly true in cases where the degeneration is due to age-related wear and tear rather than acute injury. Compression of blood vessels, and problems with the intervertebral discs, spinal ligaments, and other important tissues and structures can also be both the cause and effect of cervical spinal stenosis, particularly as the neck contains so many important structures and tissues competing for space.

The presence of the thyroid gland, the trachea, oesophagus, and major veins and arteries makes the neck a complex site on which to conduct surgery. Several nerves in the area are responsible for innervating a multitude of different tissues and surgery risks causing nerve trauma leading to problems with the voice, breathing, swallowing, and other functions.

Conversely, cervical spinal stenosis that remains unaddressed may cause permanent nerve damage in itself, with a delicate balance struck between conservative management and urgent intervention for patients. Cervical spinal stenosis with myelopathy is usually only treatable with surgical decompression although radiculopathy often responds well to conservative treatments such as NSAIDs, activity modification, and specific exercises for pinched neck nerves. Myelopathy often progresses slowly with mild symptoms initially and then a sudden increase in difficulties with coordination and mobility. Surgery is then, for almost all patients, the only way in which symptoms might be relieved.

Back surgery for cervical spinal stenosis may take the form of a relatively minor microforaminotomy, or a more extensive laminectomy, discectomy, and spinal fusion procedure. Techniques to achieve substantial decompression of the spine with minimal access and tissue trauma have improved considerably over recent years, with many patients able to undergo an operation in a clinic setting and return home on the same day. More traditional, open back surgery procedures often take a lot longer, require general anaesthetic, and involve a few days in the hospital for monitoring and initial rehabilitation. The usual surgical risks apply in all cases, with infection (both deep and shallow), thrombophlebitis, nerve and spinal cord trauma, and blood loss possible. Patients may also suffer from respiratory or cardiovascular complications, particularly if having a general anaesthetic where predisposing medical conditions are present. Failed back surgery syndrome is also a possibility, and may be due to scar tissue formation, accidental trauma during the procedure itself, or possible misdiagnosis and operation at the incorrect vertebral level.

Back surgery for cervical spinal stenosis usually involves two elements; decompression, and fusion to restore stability to the spine. Where nerve compression is isolated and easily accessible there may be no need for spinal fusion. If, however, there is a considerable degree of material obstruction of the nerves and spinal cord across one or more levels the likelihood of fusion being necessary is increased. In cases where atlantoaxial instability, or other defect in the neck, is causing spinal cord compression, the surgeon may suggest a fusion procedure to reduce painful motion at that segment of the spine.

The cervical spine is extremely mobile, relative to other spinal sections and this can make the choice of spinal fusion a difficult one. Spinal fusion may mean that a patient is considerably less flexible and can cause problems with the vertebral levels above and below the fused section. Adjacent segment syndrome is more likely in cases where a patient has existing degeneration at these vertebral levels and fusion may be contraindicated in such cases or, alternatively, extended across the levels themselves.

Spinal fusion usually involves the use of an autograft where bone is taken from the patient themselves during the fusion procedure from an area at the back of the hipbone and used to facilitate the formation of one long bone comprising two or more vertebrae. Some patients may not be able to have this secondary procedure and so a portion of donor bone from a bone bank can be used, along with synthetic bone material in some cases. Metal instrumentation, such as pedicle screws, rods, and metal plates and cages, are used to affix the bone graft and hold the spine in place as the fusion occurs.

Careful adherence to post-surgical guidelines is extremely important so as to reduce the risk of pseudoarthrosis, spinal fracture, or movement of the graft and instrumentation. Restrictions in physical activities are likely for a number of months after cervical spinal fusion, and a hard cervical collar may need to be worn initially to avoid excessive movement which may dislodge the graft. Smoking is also contraindicated after spinal fusion as this severely compromises the growth of new bone and increases the risk of pseudoarthrosis. Some NSAIDs also inhibit bone formation and may be advised against after such surgery for cervical spinal stenosis.

Cervical spinal stenosis may be a consequence of the abnormal growth of bone spurs in the neck. These can cause the foramen, where the cervical spinal nerves exit at each vertebral level (apart from C1), to become narrow leading to pinched nerves. Where osteophyte growth in the foramina has occurred, the usual back surgery operation will involve the use of a burr (small surgical saw) to shave the edges of the foramen and widen the space for the spinal nerves to pass through. Some people may have congenitally narrow foramina making spinal stenosis more likely, and only a small amount of bony growth, or a slight herniation or bulging of an intervertebral disc can cause nerve compression for these unfortunate patients. A foraminotomy can have the effect of almost instantly relieving the symptoms of cervical spinal stenosis, although some residual numbness, weakness, and pain is usual as the nerve heals.

Patients who have a longer history of nerve compression may, however, never be completely symptom free as the nerve damage could be beyond repair. Some numbness, weakness, and altered sensation or pain may persist for these patients. A foraminotomy may also allow a surgeon to perform a partial discectomy to remove disc fragments that have herniated or ruptured and are impinging on the nerves. A foraminotomy is not usually followed by fusion as the spine’s structure and stability is largely unaffected by the procedure.

Due to the high degree of movement in the cervical spine, the development of degeneration in the tissues and bones can occur with alarming rapidity, particularly in the presence of other compromising factors such as acute injury or an inflammatory condition. Where the facet joint itself has become the cause of compression in the cervical spine, the whole of the joint on one side may be removed, or a part thereof. As rheumatoid arthritis is a condition where the synovial joints degenerate, it is possible that the lubrication of the facet joints has been eroded in cervical spinal stenosis, causing the bones to rub together and osteophytes to form. The removal of the facet joint, and subsequent spinal fusion, can help alleviate neck pain from nerve and cord compression and restore the stability of the cervical spine to avoid painful neck movement. Calcified ligaments may be both the cause and effect of facet joint disease and are also likely to be removed during a facetectomy in order to aid spinal decompression.

Not all operations for cervical spinal stenosis are conducted from the posterior spine as the presence of disc herniation and compression is often more likely in the front of the spinal column than the back. In such cases the surgery may take an anterior approach such as in an anterior cervical discectomy with fusion. This operation involves the surgeon making a small incision in the front of the neck and then gently easing aside the muscles, ligaments, and nerves to reach the spinal column. The problematic disc, or the herniated disc material, will be removed and the surgeon may position a bone graft between the vertebrae at that level to maintain the height and curvature of the cervical spine. Where only a small amount of the disc material is removed, this fusion may not be necessary, but spinal slippage, and further stenosis, can occur if the disc continues to degenerate.

If a number of discs in the cervical spine are degenerative then the surgeon is much more likely to excise these problem discs and perform a fusion procedure to restore spinal stability. The use of artificial discs is increasing, and these have the advantage of maintaining the relative flexibility of the neck and reducing the risk of adjacent segment syndrome. For patients with evidence of stenosis due to disc herniation and osteophyte growth the surgeon may need both an anterior and posterior approach in order to reach all of the material causing both nerve and spinal cord compression. An anterior cervical discectomy may be followed by a foraminotomy, for instance, where bone spurs in the posterior portion of the spine are removed to decompress the nerves. Fusion from the front of the spine is usually indicated in order to maintain the natural lordotic curve of the cervical spine.

Back surgery for foraminal cervical stenosis may involve an open procedure such as a traditional foraminotomy, laminotomy, or laminectomy with or without fusion. These surgeries can carry a significant amount of risk of infection, scarring, blood loss, bruising, spinal instability, and prolonged recovery and pain. They are also quite costly and necessitate a number of weeks away from work to optimize recovery. Minimally invasive cervical spinal surgery is preferred by many patients as it can reduce the risks associated with the traditional procedures and often shortens the recovery time, thereby allowing a resumption of normal activities at a quicker rate. Endoscopic microlaminoforaminotomy or laser spine surgery can remove obstructive bone spurs, disc fragments, and ligament calcification through a small incision in the neck as effectively in most cases as an open procedure. The risk of creating spinal instability is also considerably lessened during a microlaminotomy or laminoplasty as little structural material, if any, is removed from the spine itself.

A laminectomy involves the removal of a fairly substantial portion of structural material from the spinal column. The lamina is a thickened, bony ligament at the back of the spine that covers the spinal canal. This ligament can thicken and cause spinal compression on its own, but it is also often removed to simply allow the cervical spine to decompress by having more space to relax into. If a laminectomy is only being performed at one level in a fairly immobile portion of the lumbar or thoracic spine then spinal fusion is not always required. However, the movements of the cervical spine may become unstable if the lamina is removed, especially if this is over two or more segments, with cervical spinal fusion usually carried out to ensure no trauma occurs with hypermobility.

Laminotomy or laminoplasty may be more appropriate for some patients in the cervical spine as these can allow decompression whilst maintaining the structural support provided by the spine naturally. A laminotomy involves a much smaller ‘window’ being cut into the lamina on one side of the spine to allow decompression, and a laminoplasty is the creation of a door-like structure by cutting the side of the lamina and using metal instrumentation to hold it slightly ‘ajar’, thereby creating extra space. The degree of decompression achieved during such surgeries may be more difficult to assess than when performing an open laminectomy where the surgeon can view the spine most easily. The use of a fluoroscope during minimally invasive procedures can aid a surgeon in their assessment of nerve decompression. 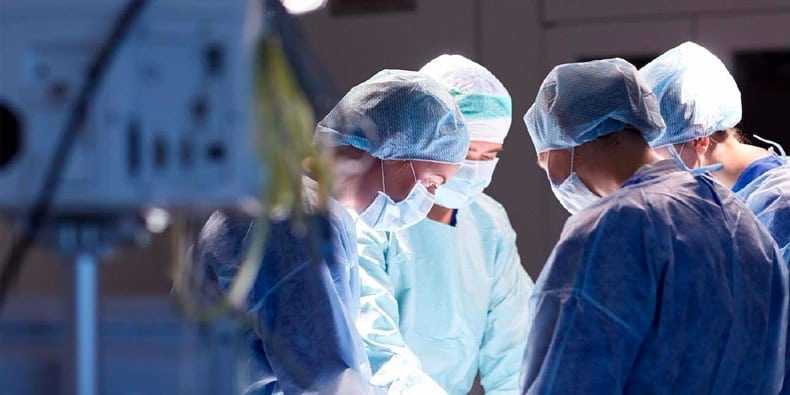 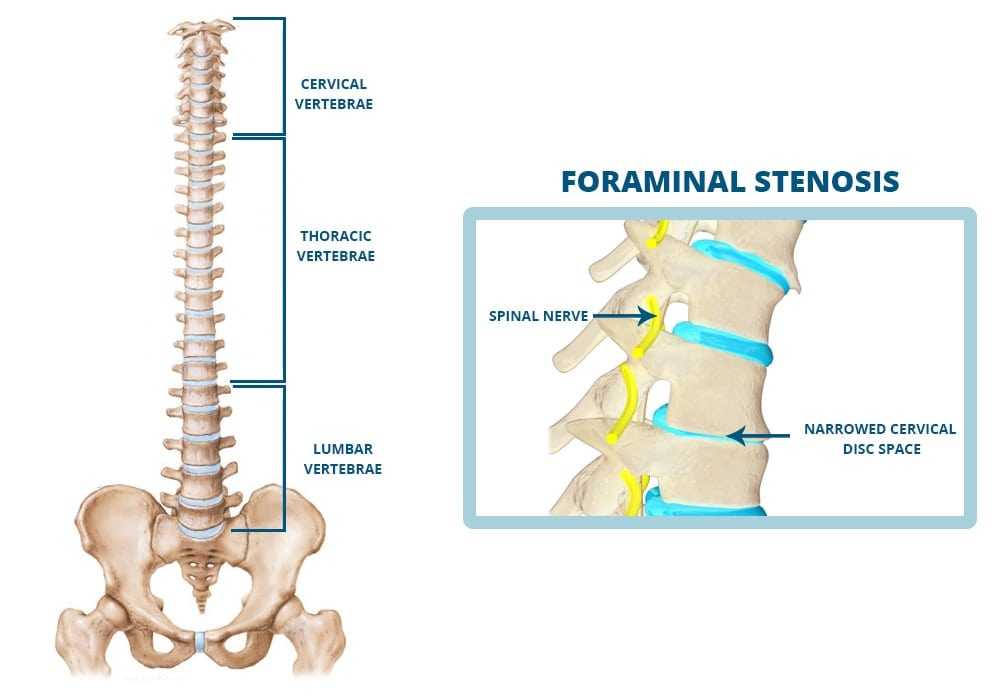 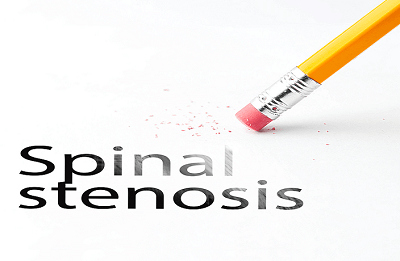 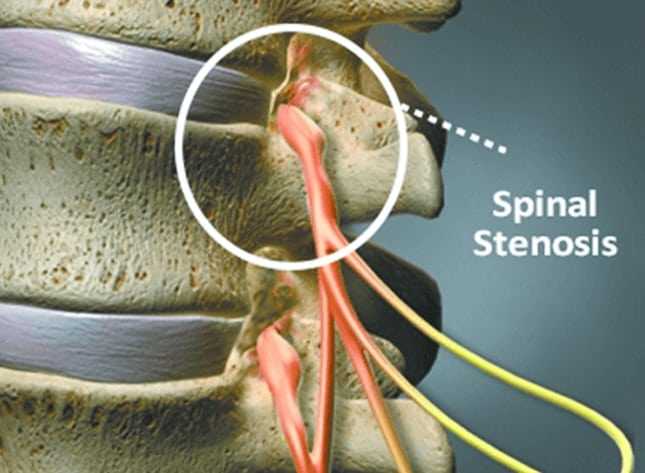