Here are some of the secondary symptoms and how you can manage their effects.

According to a study, around 50 percent of the Parkinson’s disease patients have to deal with depression. This aforementioned figure is quite high, but still very few people with the disease are aware of this fact. Facing the reality that your life, body and cognitive abilities would never be the same, and this is something that you have to deal with for the rest of your life. This leads to inevitable depression and perverse mental health.

It’s important that if you feel the symptoms of depressions like feeling of sadness, loss of interest, or worrying, it’s pertinent that you talk to some licensed psychologist or doctor. Depression is easily treatable with minimal medication like antidepressants. Once you get better, you can let go it off.

If you have been facing difficulties sleeping, it’s probably because of your Parkinson disease. More than 75 percent of the individuals with Parkinson disease find it difficult to sleep due to restlessness, anxiety and sleep attacks. Talk to you doctor if you haven’t been able to sleep comfortably. There are different over-the-counter medicines available to aid you with sleeping better.

Yes, it’s possible for you to experience a slower digestive tract which can lead bowel irritability or even constipation. Sometimes, it’s the effect of Parkinson’s disease and certain medications like anticholinergics that can also induce constipation.

So what can you do about it? Well, constipation is quite a prevalent issue already, because of our poor diet habits. So what can be done is to eat plenty of vegetables and fruits. A balanced diet is the solution. More fiber in your body would mean more stimulation of the peristalsis. If you feel that your condition is getting worse, consult a doctor to treat it with medication. You can also lactulose which is a normal ailment for constipation. You can also try fiber supplements to keep your gut healthy.

But just like depression, try not to self-medicate. For example, too much lactulose intake can cause diarrhoea, while too much of fiber supplement can cause constipation.

Just as the Parkinson’s disease affects your digestive system, similarly, it can also affect your urinary track system, making it weaker. This could be due to the medication used in the treatment that disrupts the autonomic nervous system’s performance. When that happens, there are chances of facing urinary incontinence, burning, etc.

In the later years of your life, people with Parkinson’s disease experience the muscle in their mouth and throat to work less effectively. This can making swallowing and chewing difficult. The chances of increased choking and drooling during eating also increase. The fear of choking and similar problems put many Parkinson’s patients to have inadequate nutrition. However, you don’t have to worry, because speech language therapist or occupation therapist can help you with regaining the lost control on your facial muscles.

Exercise is important for everyone, but for people with Parkinson’s disease, it’s necessary to be part of some psychical therapy or exercise. This improves muscle tone, mobility and range of motion.

Increased loss of balance and falls

Parkinson’s disease can also influence your body’s ability to self-balance, making even the simple task of walking around a little risky and dangerous. So when you move, try not to make swift movements and give your body a chance to rebalance itself. Here are some more tips to avoid tripping while moving.

• Don’t use pivotal movements to turn around. Instead, make u-turn movements that won’t need you to pivot your feet.

• Don’t carry things while you are walking, because your hands help you with balancing your body.

• Make some arrangements at your home to avoid tripping over furniture or other hazardous stuff. Keep wide spaces between different pieces of furniture so it’s easy for you to move around without hitting stuff. Position your electronics and lighting in a way that no cords or wires cut through your walking area. Install handrails for entryways, stairwells, hallways, and along walls to make it more comfortable to move around.

See also  Parkinson’s Dementia – Important Facts to be Aware of

Parkinson’s disease is also linked with decreased libido. According to doctors, this could be due to combination of psychological and physical factors and may lead to lower sexual desire. Stress and depression can also contribute to sexual problems. However, this problem is also treatable with some medication and counselling.

Medication used for treating Parkinson’s disease can induce vivid dreams, unusual visions and even hallucinations. Have a change in your drug prescription and if it still doesn’t work, ask your doctor to prescribe you antipsychotic drugs.

With reduced normal movements, it’s possible for you to experience sore joints and muscles, leading to prolonged pain. Prescription drug does alleviate the pain so make sure you keep them with you. However, exercise is considered necessary for people with Parkinson’s disease because it reduces pain and muscle rigidity.

also you can read – Parkinsonism Can Cause Chronic Pain 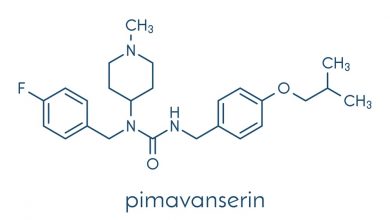 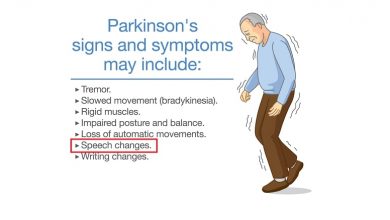 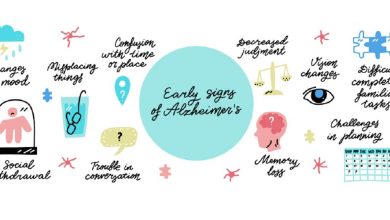