This realtively “new” disease wasn’t named until 1957, partly because it can be difficult to diagnose. But about 5 out of 1000 people have it, most of them over 50, Twice as many women as men have Polymyalgia Rheumatica, and it’s more common in White people than in people of African descent. The early symptoms are similar in many ways to those of rheumatoid arthritis: The linings of the shoulder joints (synovial tisues) are often inflamed, though the muscles are normal.

Morning pain and stiffness ocur in the neck, hips and shoulders, with pain felt on both sides of the body in the same places. Moving makes the muscle pain worse. You may be tired and lose weight without intending to. You may also have low fever, night sweats, and depression.

Different doctors propose different methods for diagnosing polymyalgia rheumatica, as there is no single standart test. But they will take particular note if you are older than 50, have no rheumatoid factor and negative antinuclear antibodies, anda re experiencing at least three of these symtopms:

Many people will have a sed rate above 100 milimeters per hour, plus mild anemia and raised platelet count. One-third of people with polymyalgia rheumatica will have slightly abnormal liver function tests. Your doctor may run these tests: sed rate, complete blood count, thyroid function, chest X-ray, rheumatoid factor, synovial fluid test, a biochemical profile and a few others.

NSAIDs may help control symptoms for a few people with disease, but corticosteroids are almost always necessary. Treatment usually continues for one to three years, but for some people it may take longer. Unfortunately, corticosteroids can have significant and serious side effects, including infections, broken bones due to osteoporosis, and difficulty in controlling diabetes and high blood pressure. Your doctor will monitör you to help offset these problems.

They can be flu-like, but with no apparent virus. Symptoms include fatigue, severe headaches, diffuculty hearing, pain in the joints and tender scalp. Blurry or double vision and sometimes even loss of vision, can develop. Some sufferers will have thick, tender arteries with weak pulses. If untreated, giant cell arteritis can lead to blindness, stroke or heart attack.

Test your doctor is likely to run are the same as for polymyalgia rheumatica: sed rate, complete blood count and liver function tests. Sed rate may be higher than normal. Your doctor will also probably do  a temporal artery biopsy, a minor operation that involves taking a very small piece of the artery from your temple, in front of your ear and examining it under a microscope. However, inflammation in this artery doesn’t show up in 10 to 20 percent of people with this disease.

High doses of corticosteroids are the standard treatment. Dramatic improvement is usually seen within a few days. 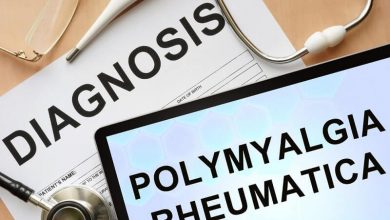 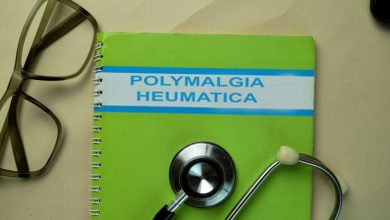 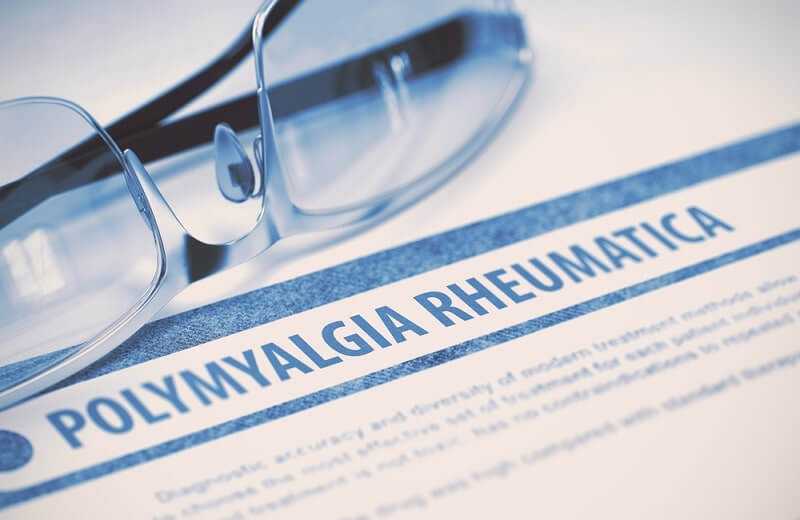