Sacroiliac pain refers to pain emanating from the sacroiliac region of the pelvis. Sometimes the pain is secondary to an inflammation of this joint (sacroili-itis), and sometimes the pain is from muscle imbalance around this joint. Sacroiliac pain is by no means straightforward. Very often, patients are diagnosed with sacroiliitis, despite no convincing clinical or radiographic evidence to support such a diagnosis. As discussed in this article, the sacrum is a large triangular bone that lies just inferior to the lumbar spine.

The sacrum also connects to the iliac bone, which forms part of the pelvis, by way of the sacroiliac joint (Image 1). This is a relatively thin and immobile joint. During pregnancy, the sacroiliac joint actually enlarges somewhat, to help promote increased mobility during delivery.

Patients who have sacroiliac pain develop pain in the lower back, a few inches to the left or right of midline. Because this is a common area of referred pain from multiple causes of lumbar pain, many patients are given a diagnosis of sacroiliitis, but without underlying pathology in the sacroiliac joint per se.

Sacroiliitis is an inflammatory condition, usually in conjunction with an underlying rheumatologic disease. It can lead to severe pain in the low back region, especially on standing in the morning or on changing positions after having been in a prolonged sitting or supine position otherwise. As the pain progresses, it can limit all activities of daily living. Patients with sacroiliitis may develop radiating pain into the buttock and proximal back of the leg as well. No neurologic symptoms of numbness, tingling, or weakness are present.

As opposed to true sacroiliitis, patients with sacroiliac referred pain are usually suffering with a chronic strain of the deep rotator muscles of the lumbar spine. Because of this chronic imbalance, patients develop referred pain in the sacroiliac region. In addition, they have movement patterns that suggest instability in the sacroiliac region. Despite imaging studies that are either normal or show evidence of minimal degenerative changes, the patients carry a diagnosis of sacroiliitis, which is really a misnomer.

Cause of Sacroiliac Pain

In noninflammatory, nonsclerotic sacroiliac pain, the pain is really from an imbalance of deep rotator muscles. The sacroiliac joint is simply an innocent bystander as this region of the lower back becomes dysfunctional. In this case, sacroiliac pain is a result of a lumbar strain, and lumbar strain can become chronic over time. In essence, an imbalance occurs in the deep rotator muscles of the lumbar spine and, because of this imbalance, a continual cycle of relative muscle weakness, muscle fatigue, and subsequent muscle strain occurs.

Pregnancy is a unique situation in which the pelvis must adapt to the enlarging uterus and to the eventual descent of the child through the birth canal. This adaptation is primarily accomplished through ligament relaxation secondary to hormonal changes. One of the most notable effects occurs in the sacroiliac joints; many believe that one prominent cause of low back pain during pregnancy is from the new mobility and relative instability of the sacroiliac joint. Following pregnancy, the hormonal levels that mediate ligament relaxation diminish, and the sacroiliac joint once again becomes more stable with associated limited movement.

Patients with inflammatory sacroiliitis may have a stiffened appearance when walking and bending. Attempted movements of the hip, especially with external rotation, can be quite pain limited (Image 2). The area of the back corresponding to the location of the sacroiliac joints may be quite sensitive to touch. In addition, various maneuvers in which the pelvis is challenged by thrusting it from either the front or behind can lead to referred pain in the sacroiliac region (Image 3).

Patients with dysfunction of the sacroiliac region secondary to strain of the deep rotator muscles do not have such exquisite pressure tenderness and do not walk in such a stiffened manner. Trunk range of motion usually is uninhibited, but one can detect a subtle pivotal movement in the region of the sacroiliac joint when the patient moves from an extension to a full flexion position. Provocative maneuvers around the pelvis may cause some referred pain, but it is generally not excruciating pain. In addition, rotational maneuvers of the trunk against resistance can cause referred pain to the area of the deep rotator spinal muscles.

Plain radiographs can be diagnostic in inflammatory sacroiliitis. To properly image the sacroiliac joint, a Ferguson view must be obtained. For the Ferguson view, the x-ray machine is tilted at an angle of about 15 to 30 degrees, allowing a better view of the sacroiliac joint. Sacroiliitis has characteristic stages, ranging from the most inferior portion of the joint becoming affected to a more diffuse sclerosis and bony proliferative change across the joint space, as the joint is remodeled with calcium deposits and inflammation. Ultimately, the entire joint space can be obliterated, and the ligament structure surrounding the sacroiliac joint may calcify.

A computed tomography scan of the pelvis can delineate these sclerosing changes further. Plain films and CT scans provide more useful details than do magnetic resonance imaging (MRI) studies with regard to sacroiliitis. If sacroiliitis is detected, then rheumatologic testing must be performed. This is best done under the guidance of a rheumatologist.

If sacroiliac dysfunction is a result of inflammatory sacroiliitis, the underlying cause of the inflammation must be addressed. This is often a result of an autoimmune disease and, in this case, a combination of nonsteroidal anti-inflammatory drugs (NSAIDs) plus other disease-modifying agents may be required. Therapeutic injections, including an anesthetic plus corticosteroid directed into the sacroiliac joint, can provide short-term, considerable pain relief. These injections may be used in conjunction with other diseasemodifying agents. Once the pain is under reasonable control, then manual physical therapy is also a good adjunct, and such therapy can help balance the pelvic musculature with pelvic strengthening.

In noninflammatory sacroiliac dysfunction, the underlying muscle imbalance must be addressed. Short-term use of an NSAID may help to alleviate symptoms. For severe pain referred to the sacroiliac region, a therapeutic injection into the sacroiliac joint may be considered. Acupuncture, spinal manipulation and mobilization, and manual physical therapy are all beneficial in this scenario. Ultimately, an aggressive course of spinal stabilization is required to help minimize future episodes of sacroiliac dysfunction.

For pregnant patients, a simple trochanteric belt sometimes leads to considerable relief. This is an elastic, supportive belt that is placed under the protuberant abdomen to help stabilize the pelvis and sacroiliac region. Pelvic floor and simple spine stabilization exercises should be used in conjunction with a trochanteric belt.

For patients who have an underlying rheumatologic disease, it is extremely important to try to engage in some form of mind-body awareness. This is not specific for a rheumatologic condition, but rather affords considerable benefit for patients with any chronic disease state.

Clear and convincing evidence shows that a relationship exists between the state of the nervous system and the responsiveness of the immune system. This is not to say that a direct causal link exists. However, a program of exercise and mindfulness, coupled with stress reduction, can help to optimize the body’s neuro-immunologic response. It is certain that there exists an intimate coupling between the emotional brain and the immune system, and we are just beginning to understand the applications of this coupling. To date, compelling data demonstrate the usefulness of mindfulness with regard to helping patients who suffer with autoimmune diseases.

In patients with noninflammatory sacroiliac dysfunction, we again face a problem of physical imbalance and, where there exists physical imbalance, there is often an associated emotional imbalance. Chronic stress and chronic misuse or overuse of the body have emotional counterparts, and all take a toll on the ability of the body to compensate over the long term. Programs of stress reduction and insight-oriented behavior may be quite helpful in such patients, and long-term, meditative exercises that promote body awareness complement spine stabilization exercises. 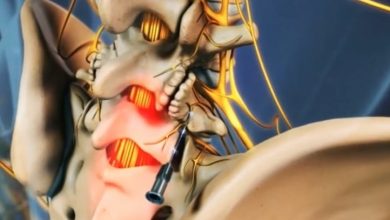 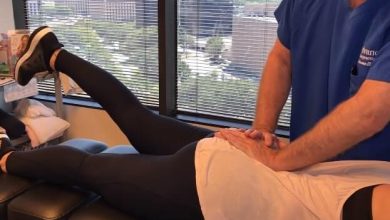 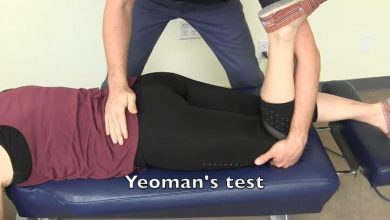 Assessment of the Sacroiliac Joints 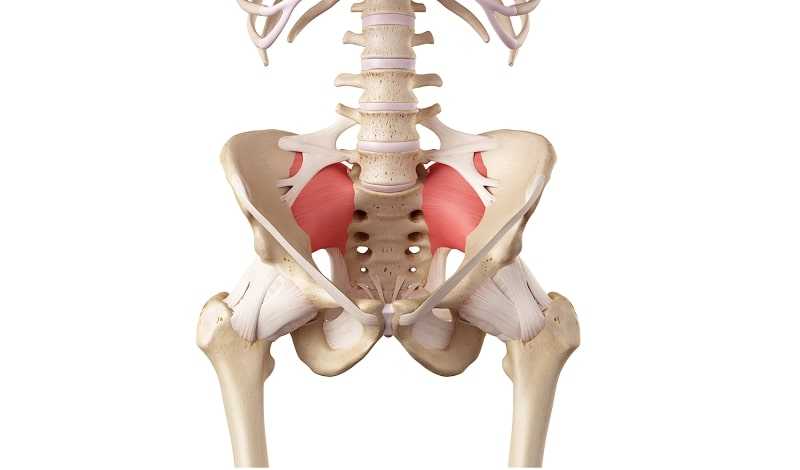