Sickle Cell Anemia (SCA) effects over 100,000 Americans.  Each year 1000 additional children are born with SCA. If a person is of North African Sub-Saharan ancestry they will have a 1/500 chance of being born with SCA.

Ironically, the person with SCA is at less risk of developing Malaria (a blood infection that is endemic in the same area where SCA predominates in Africa).  So it is that the disadvantage of having SCA gives a selective survival advantage to those living in a high risk Malaria region.

The diagnosis of SCA is easily established by looking at a smear of red blood cells and finding the presence of “sickled” red blood cells.  Genetic testing is now available that can predict the likelihood that parents in a high risk ethnic group carry the gene for the abnormal hemoglobin.

This posting is going to focus on the diverse types of pain in Sickle Cell Anemia, its mechanisms, and its treatment.  A more thorough discussion of SCA can be obtained by reading the source document links at the end of this article.

The human body is nourished by blood and instructed by nerves and hormones.

The blood system is the “highway” through which oxygen, nutrients, and waste products are moved.  It has been rightly said, “the life is in the blood…” and SCA demonstrates this principle.

Imagine you are driving on a highway into a major city and an accident occurs. The cars, trucks, and debris block traffic into the city.

The traffic is all “jammed up” for miles.  The tractor trailers full of food for the restaurants in the city are stuck on the highway.

How long could any major city survive with the roads leading into it “all jammed up?”

Well, that is what happens in SCA.  The red blood cells of SCA have a tendency to become stiff, change in shape from a soft “bagel” to one of a rigid “sickle.”

In the next section I will explain what rigid blood cells mean for biologic function.

Depending on the requirements for blood flow and nutrients, the symptoms that develop from any organ system may occur slowly or very quickly if the blood flow is reduced.  For instance, the brain utilizes 25% of all the oxygen in the blood.

Deprive the brain of oxygen and in short order (5 minutes or so) irreversible injury occurs.

There are few exceptions to this rule only differing requirements for different organ systems.  Some organ systems require less oxygen so that their injury from reduced blood flow is less dramatic.

Oxygen is primarily carried in the blood stream “piggy-back” style on a molecule called hemoglobin.  Hemoglobin is located in red blood cells.  So it can be said that red blood cells carry oxygen.

The blood stream takes the RBC through smaller and smaller tubes (blood vessels) to a place where the RBC has to squeeze down and bend to get into position  to off load its cargo of oxygen.

It is in these tight areas, called capillaries, that the SCA RBC has the most trouble.  Because it is stiff and shaped like a “sickle” the SCA RBC “slices up” the interior of the capillary.

The debris from the “slicing” as well as the stiff SCA RBC cause a “traffic jam” in the capillaries.

Blood flow comes to a halt.

The organs that are the most sensitive to the damaging effects of this process are the systems that require the most blood flow.  You could probably predict which are injured the most.

In the next section we will introduce the nerve injury by SCA.  This injury also results in a severe, chronic pain syndrome for many people with SCA.

MECHANISMS FOR THE CHRONIC PAIN OF SCA

The medical profession has previously focused on the acute pain episodes of patients with SCA.  Recent reviews of pain management in the pediatric population reveals that 77% of all children treated for acute pain syndromes related to SCA are under-treated.

The chronic pain syndromes of people with SCA have not been well understood.  Whereas, acute pain in SCA usually reveals an identifiable source, the mechanism of generation of chronic pain in SCA has been elusive.

Furthermore, 57% of the same group reported the pain as being continuous.  An examination of their pain treatment regimen revealed that NO PATIENT was receiving adequate pain management for their neuropathic pain.

The pre-occupation with acute pain, and the need to demonstrate some diagnostic finding before initiating effective pain management, leaves the SCA patient with chronic pain insufficiently treated.  These patients often roam from emergency room to emergency room…doctor to doctor…and become labeled as “drug seekers.”

Neuropathic pain in SCA patients seems to be mediated by a pain receptor that enhances transmission of pain called the NMDA receptor.  This receptor is located in various regions of the nervous system and is stimulated by 2 particular substances found in abundance in SCA patients (PKC-Protein Kinase C and CaMKII-Calcium/Calmodulin dependent protein kinase II).

A REVIEW OF THE TREATMENT FOR SCA

The treatment of SCA is separated into 4 components:

Nearly any organ system can be effected by SCA.  A regular thorough evaluation by the same health care practitioner is optimal for providing continuity of care.

Survival rates for SCA people are highest when they have continuity of their care. In this way early complications may be intercepted.

This has been problematic for the SCA patient.  For more insight on this topic see my posts on “Chronic Pain and Addiction” as well as “Myths About Prescription Pain Medication Addiction.”

The source articles at the end of this post will also give more information on this topic.

The male life expectancy of an SCA patient ranges from 42-60 years.

Much depends on the availability of comprehensive medical care and the diligence of the person with SCA to avoid “triggers” for complications.

I have attempted to explain the diverse types of pain in sickle cell anemia.  This form of chronic pain has been previously poorly understood by most practicing clinicians.

Clearly there needs to be a change in the philosophy of chronic pain treatment for the SCA patient.  Is it really more noble, more righteous, more sensible to leave a person in agony so that they don’t become an addict?

I for one do not believe that it has to be an “all or none” strategy. Doctors must insist that their patients have their chronic pain treated.

There will be rough times for Doctors who treat patients first and resist the legal authorities natural bias against opiate medications. How will the system change unless Doctors insist on it?

If you have SCA and chronic pain do not despair.  There is hope.

There are many Doctors that believe the way I do about the mandate to treat chronic pain.   The truth is out there…search for an empathetic Doctor…DON’T GIVE UP.

The source documents for this post are as follows:

I hope you have enjoyed this post.  If you have additional questions please contact me by email.

I would love to hear from you.

I wish you much joy and healing. 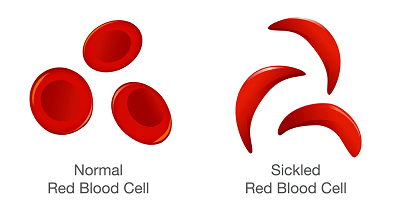 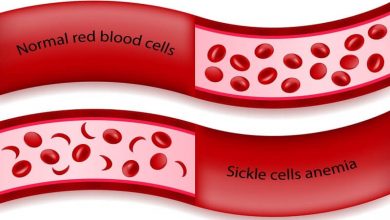