The second most commonly used anti-inflammatory in the U.S., and worldwide, is Motrin (Tylenol is number 1). It is an effective anti-pain and anti-fever medicine.

Along with the beneficial effects of this medicine come many natural risks. This post will be rather shocking for many who read it. That is why I have entitled it, “The Truth About Motrin.”

NON-STEROIDAL ANTI-INFLAMMATORY drugs (or NSAIDs for short) is the general category that Motrin falls into. Most of the statistics for NSAIDs have been collected using prescription data.

This is because it is much easier to retrieve prescription data due to the careful documentation that Doctors and Pharmacists must keep when prescribing and dispensing these medicines.

Motrin was originally developed in 1961 by the Boots Company in the United Kingdom. The intention was to develop another NSAID that was safer than large doses of aspirin.

It was originally available by prescription only.  However, by 1984 it was available over-the-counter (OTC) in both countries.

The actual usage patterns of Motrin are estimates based on the prescription dispensing statistics.  The actual OTC usage pattern has never been accurately established.

I think it is reasonable to say that the reported incidence of side effects for these medications are woefully under recognized due to the OTC status of the medicine.  There is, as yet, no systematic way to track the case by case use of OTC medications.

There is a “silent epidemic” of toxic side effects that is being caused by the abundant use of NSAIDs OTC and by prescription.  Furthermore, the under-reporting of the side effects of NSAIDs is occurring while mostly taking the medicines as recommended.

The toxic side effects of NSAIDs are generally not due to overdoses.

This issue gets even more complicated.  The estimate of the side effects of a medicine need to be measurable and directly related to the use of the NSAID in question. 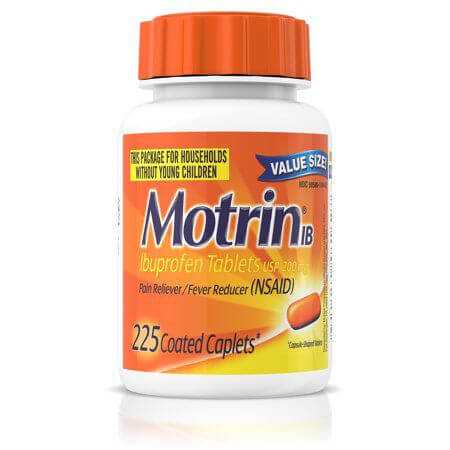 However, one problem with NSAIDs is their influence in the worsening of a person’s primary disease.

What do I mean by this?

It has become very apparent that the higher the dose of NSAID the greater the negative effect it has on heart disease.  If a person taking NSAIDs dies suddenly from a heart condition, what is their death certificate likely to say?

In most cases, the death will be attributed to the underlying heart disease and not the NSAID.  The contribution of the NSAID to the person’s death is easily overlooked.

Also, remember that we are talking about prescription drug data.  What about someone taking an OTC NSAID who dies from a heart attack?

Would anyone even recognize the association?  Probably not…

So I think you can now see my reservation in using these medicines.  I believe that they represent a greater threat to the public’s health than other more commonly publicized medications.

It is for the previous reasons that I submit this monograph to my readers, “The Truth About Motrin”.

How Does Motrin Work?

Prostaglandins are local hormones (for the most part).

Prostaglandins occupy local sites in body tissue and activate certain chemical messaging.
Certain prostaglandins (PGs) cause your temperature to go up and others cause it to go down.

Furthermore, certain PGs increase blood flow by opening or relaxing blood vessels…others do the reverse. Your local hormones are in a balance (like most functions in a healthy human body).

In the case of Motrin, the PGs for fever and pain are reduced by blocking enzymatic conversion. This makes Motrin a very effective pain medicine and fever reducer.

When fever and pain are primarily mediated by PGs, Motrin can actually be more effective than Tylenol. 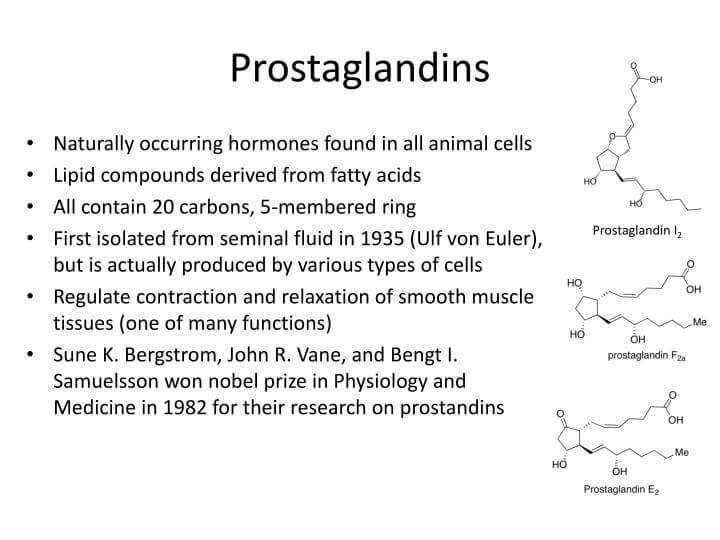 What Can Motrin Treat?

The following is a partial listing of the conditions Motrin may be good for (notice it is the exact same list as for Tylenol):

How Do You Take Motrin?

Here is a Pediatric dosing table that very accurately enumerates the dosing for a child at a given weight:

The usual effective adult dose for Motrin varies from 200 milligrams very 4 – 6 hours as needed to 800 milligrams every 6 hours (the absolute maximum allowable dose).

Doses above 800 milligrams every 6 hours have not been shown to be more effective in treatment and have a radical increase in toxic side effects (this is called a “ceiling effect”).  Taking your Motrin with food may reduce some of the gastro-intestinal side effects.

What Are The Potential Side Effects Of Motrin?

Motrin is a safely used medication when properly appreciated for its toxic side effects. There is an old saying, “any drug of any positive effect must have side effects.”

There is no way to take Motrin without risk (as is true with nearly all medicines and surgeries). I would like you to appreciate a few things about this excellent medication:

1)  NSAIDs increase the risk of death:

2)  NSAIDs increase the likelihood that a person will be hospitalized.

3)  The second most commonly prescribed NSAID is Motrin (Ibuprofen).  When combined with the OTC use it will exceed all other NSAIDs used by people.

4)  Motrin has an extensive side effect profile.  The following side effects have been associated with the use of Motrin (this is an incomplete listing):

5)  Motrin has a dangerous pregnancy rating when taken after 30 weeks of pregnancy (Category D).

Before 30 weeks the pregnancy rating is Category C (click here to look up pregnancy category ratings). Usually only Category A – C are prescribed during pregnancy.

The Category D rating makes Motrin unsuitable for use in pregnancy.

6)  Motrin has 405 Drug interactions of which 96 are serious (click here to link for a full listing).

If you are taking any other medicine or supplement, it is imperative that you have your pharmacist perform a drug interaction check before you take Motrin.

THE AFOREMENTIONED INFORMATION IS NOT INTENDED TO REPLACE THE NEED FOR A THOROUGH HISTORY AND PHYSICAL BY A LICENSED PRIMARY CARE PRACTITIONER BEFORE BEGINNING MOTRIN THERAPY.

I hope after reading this monograph you can see that even OTC Motrin is a serious medicine. You can still take it safely if you do so under the guidance of your primary care practitioner.

Its pain relieving effect is quite good (though it has a short half life of about 2 hours). When taken under the direction of your primary care provider it is a safe and effective medicine.

I have shared with you the truth about Motrin. If you have any further questions please comment.

Wishing you healing and joy. 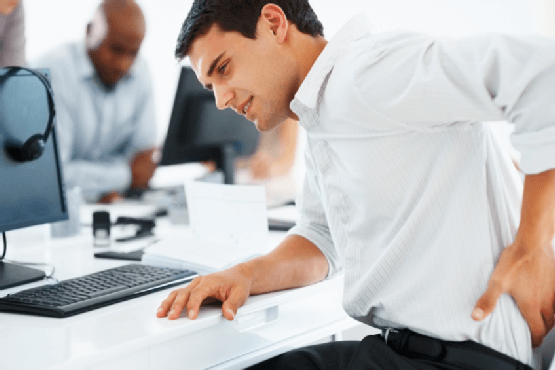 Tips For Preventing Low Back Pain 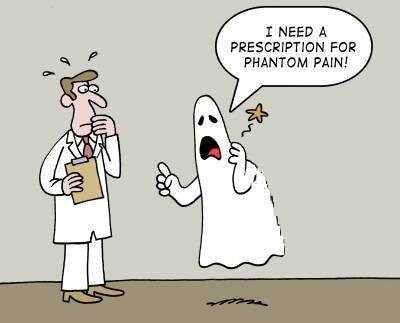 The Phantom Of Pain 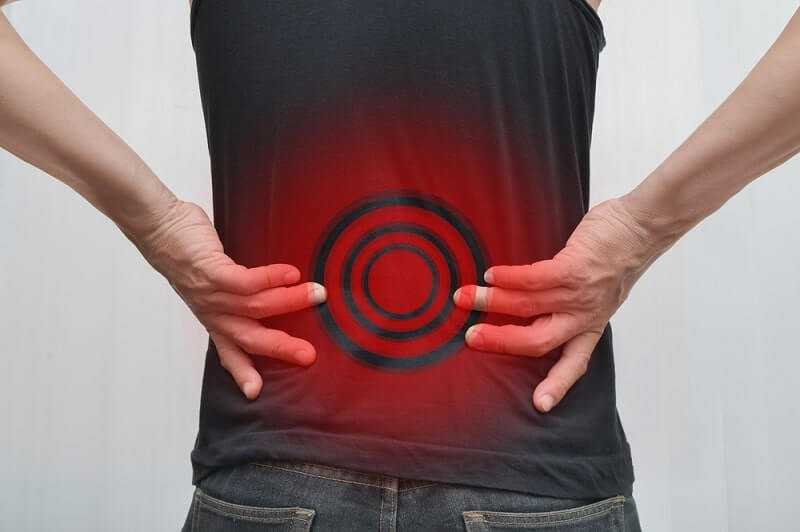 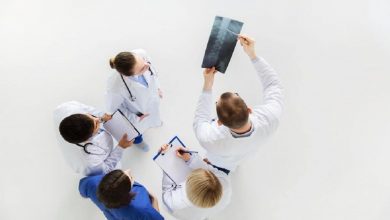 Back Surgery Unnecessary for One in Six Patients Referred