Using a removable plastic or rubber mold known as a mouth guard, which is horseshoe-shaped and designed to separate the surfaces of the teeth, can prevent the clenching of the jaw or the grinding together of the teeth. This appliance is meant to be worn at night, and is especially useful for those patients for whom tooth grinding does not occur during the day and who are not aware of their teeth grinding at night. Studies have shown that mouth guards eliminate 70 to 80 percent of the symptoms of clenching and grinding.

Similar to a mouth guard, a bite plate is a removable appliance that is designed to prevent clenching and grinding by separating the biting surfaces of the teeth. It is worn during the day and taken out for meals.

The surgical repair of damaged joint tissues and bone defects is a procedure for TMD patients that is rarely recommended nowadays and which should only be undertaken as a last resort because there is a serious risk of severe complications, including facial paralysis. Such surgery should be considered only after it has been determined that it is absolutely necessary and there are no alternatives. Even then, a number of expert opinions should be solicited. Such a procedure may involve a recontouring of the articular bone or a repair of displaced disks.

Aspirin or acetaminophen are nonprescriptive pain relievers that can offer temporary relief from discomfort, reduce inflammation. and allow the patient to relax and untense the jaw muscles.

Sometimes tranquilizers are prescribed to relax the jaw muscles.

Injections of corticosteroids into the temporomandibular joints can reduce severe inflammation.

An effective technique to combat the pain of TMD is acupressure, pressing both the points near the jaw area, called the St 6 points using the middle fmger. Press these points for about one minute, two or three times a day. You can locate the points by clenching your back teeth and feeling for the muscles that bulge between the upper and lower jaw, near the jaw area.

An acupuncturist will recommend techniques not only for the specific relief from the pain symptoms of TMD but also as a way of redirecting the energy flow that may be contributing to the underlying problem.

Through the use of biofeedback training, a patient may be able to gain voluntary control over certain of the body’s reactions to stress. In the case of TMD, the emphasis is on trying to lessen contractions in the muscles of the jaw, neck and shoulder in reaction to stress and anxiety. Some studies have shown that nearly 70 percent of those who undergo biofeedback training eliminate their clenching and grinding habits.

It has been shown in many cases to be remarkably effective when bad habits that cause or acerbate TMD are eliminated, especially among patients who exercise the commitment and discipline required. For example, people who previously experienced frequent periods of prolonged yawning have been able to stifle the yawns by placing a fist under the chin. Those people who have the habit of clenching their teeth in moments of stress or emotion have learned to eliminate that habit by using the “lips together, teeth apart” method. This consists of placing the tongue behind the top.front teeth, so that it rests against the roof of the mouth. This position not only separates the top and bottom teeth, it also relaxes the jaw. Cradling the phone between the shoulder and the chin is also a habit that encourages TMD, and it should be consciously eliminated. For heavy phone users who need to keep their hands free, a headset should be substituted for a receiver.

Another bad habit that promotes TMD is to lie flat on one’s back with the head propped up at a sharp angle with a pillow or cushion, which many people do when watching television or reading. Also, a person who spends long periods of time with the chin cupped in hands is promoting or aggravating TMD and needs to eliminate that posture.

The technique of cognitive therapy focuses on how to look differently at a situation, with the goal of having more positive perceptions that will produce more positive emotional responses. For example, in dealing with the painful symptoms of TMD, one could react with great despair, immediately thinking how awful and uncomfortable and possibly unbearable it would be. Or, using skills of cognitive therapy, at the first sign of pain, one can begin to think immediately of trying out one of the methods of pain reduction, looking forward to mastering the problem and being in command. Additionally, cognitive therapy can be applied to the bigger picture, where the kinds of problems that create stress and, in turn, symptoms of TMD, instead become challenges to be handled with relish.

Some researchers believe that food has a relevance to TMD problems. If a person has a history of food allergies, any foods that might be considered to have the possibility of causing a reaction should be eliminated from the diet. Additionally, when the jaw is tender or aches, a soft diet is preferable. Avoid raw vegetables and chewy foods like bagels. Some specialists in treating TMD believe that after a flare-up in the jaw muscles, a diet of soft foods should be pursued for twelve weeks, eliminating everything that is chewy, crunchy or hard, even if some relief is felt after only a few days because not only the obvious symptoms but the entire condition is likely to be improved.

It is thought that people who consume a great deal of caffeine are likely to clench their jaws far more frequently than people who do not have caffeine in their diets. Also, low blood sugar is suspected of contributing to more frequent teeth clenching, so it’s important for people who have hypoglycemia to maintain their diets and be vigilant about avoiding the consumption of sugar.

Herbs can be used to reduce the pain and discomfort of TMD. Commonly used are white willow bark, passion flower, hops and valerian. There are various formulations of these herbs that are recommended for treatment, with a variety of different recipes prescribed by herbalists.

One way to relieve the pain of TMD is through hydrotherapy, using either heat or cold, depending on the type of pain that is involved. A moist heat pad, applied for fifteen minutes three or four times a day, increases the blood flow and loosens tense muscles when the pain is achy. A cloth wrung out in very warm water or a moist heat pack wrapped in a towel can be used.

When the TMD pain is experienced in hard spasms or is the result of a forceful blow to the jaw, cold therapy is prescribed instead of heat. Put an ice bag against the area for ten minutes, then remove it for ten minutes; repeat the process for an hour. Be sure the bag is wrapped in a towel to protect the skin from frostbite or bum.

There are two ways in which hypnosis can be beneficial in the treatment of TMD. First, hypnosis can be administered to a patient or self-applied as a way to combat the painful symptoms. A trance is utilized to instruct the patient to not feel any pain. When successful, the relief from pain will last for some time after the session. A second way to use hypnosis is as a method to eliminate the habits that can cause or aggravate the condition. Through hypnotic techniques, a patient can be programmed to stop teeth grinding or clenching.

Techniques that utilize the power of the mind to produce a positive response in the body can be a force to counteract tense muscles. As soon as muscles in the jaw, neck or shoulder begin to tense, guided imagery can be used to visualize a tranquil, floating state of pure relaxation that should reverse the beginning of tenseness.

The use of massage techniques on the jaw muscles helps to lessen the pain of muscle tension that accompanies TMD. One set of muscles to focus on is situated at the back of the jaw, away from the chin. These muscles can be located by clenching the teeth and feeUng for the muscles with the fingers: left fingers on the left side of the jaw, right fingers on the right side. Once the muscles are located, unclench the teeth and rub the muscles with small, firm circular strokes until the tensions release.

It’s also helpful to press into the muscles with the fingertips and hold for ten to fifteen seconds. There’s a second set of jaw muscles, which can be located by clenching the teeth and touching the scalp in front of the tops of the ears. After unclenching the teeth, use the same techniques as before to rub and press these muscles. This kind of massage should be done for about ten minutes once a day or in the case of acute pain, two or three times a day.

Considered helpful in fighting TMD are the nutritional supplements of calcium and pantothenic acid. Nutrition specialists recommend 1,200 mg of calcium daily, taken at bedtime, and 200 mg of pantothenic acid daily, in addition to any regular vitamin supplements. Also recommended is 100 mg of vitamin B complex, three times daily; 60 mg of coenzyme Q daily; 500 mg of LTyrosine daily; 50 mg of vitamin B6 and vitamin C daily; a multivitamin daily.

One method recommended for relieving TMD pain is called stretched-based relaxation. With this method, you push up the eyebrows with your index fingers and push down on your cheeks with your thumbs and hold the position for about ten seconds. Then release and let the muscles around the eyes relax. After a minute of relaxing, let the head slowly drop toward the right shoulder for about ten seconds. Then slowly drop the head toward the left should for another ten seconds. Be sure not to raise the chin, to prevent overextension of the head-and-neck muscles.

Sleeping on the side or stomach puts pressure on one side of the jaw, which causes TMD pain. Instead, it’s important to sleep on one’s back. This isn’t natural or easy for many people, but there are some aids that can be of assistance. One approach is to place under the neck a thin towel, rolled up, rather than a pillow. Have another towel placed under the back and a pillow under the knees.

In recent years, both the medical and dental communities have expressed a preference for conservative, noninvasive treatments for TMD. The risk of severe complications, especially from infections, has been a major factor in their stance. Also, many of the factors that trigger TMD are related to habits of the patient that can be self-corrected, and the natural and alternative techniques that emphasize the relationship between mind and healing can play an important and beneficial role.

Even when a traditional method such as a mouth guard is being used for treating TMD, a patient ought to be combining techniques with it such as the ehmination of clenching and grinding, which is a major factor aggravating the condition.

There are a great number of methods for reducing stress and gaining a relaxed state. It’s a good idea for a person to experiment and try many of them until the most effective, most enjoyable approach is found. 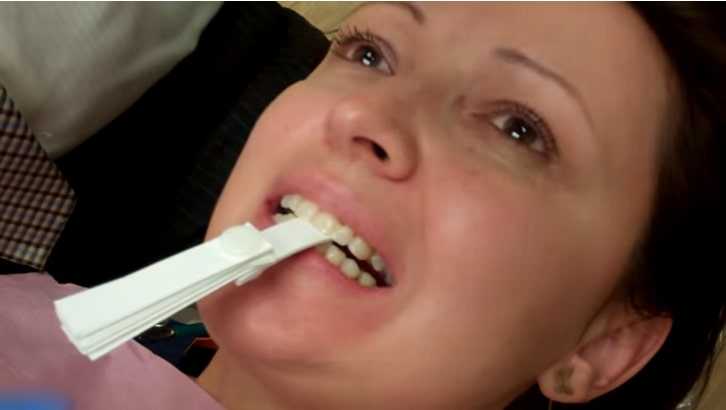 What Tests Can I Do? 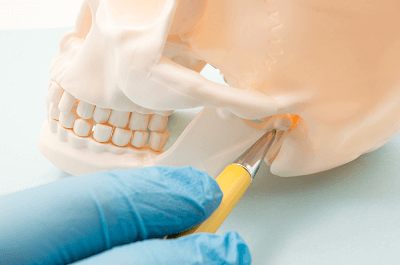 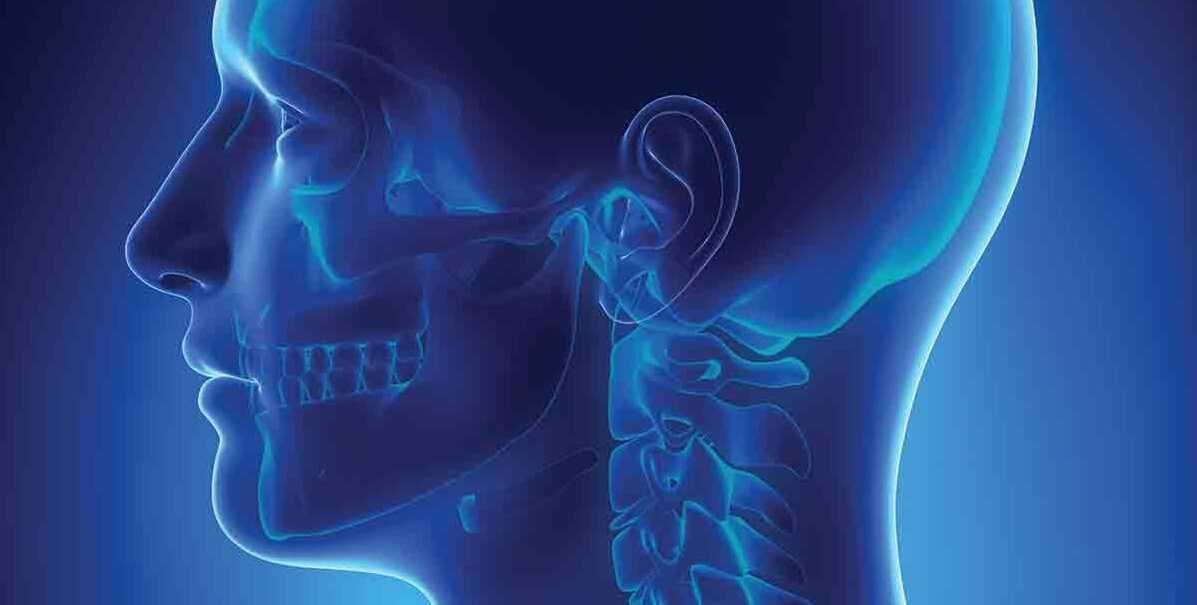