Carpal tunnel syndrome is a repetitive motion injury whose name reflects the eight bones, known as carpals, that are located in the wrist. The carpals, together with a ligament, form a tunnel-like structure that serves as a passageway for tendons that control finger movement. The tunnel also provides a pathway for the median nerve, which transmits sensations and controls some movements of the thumb and several fingers. Carpal tunnel syndrome is the painful condition that occurs when the tendons become swollen and then compress the median nerve. 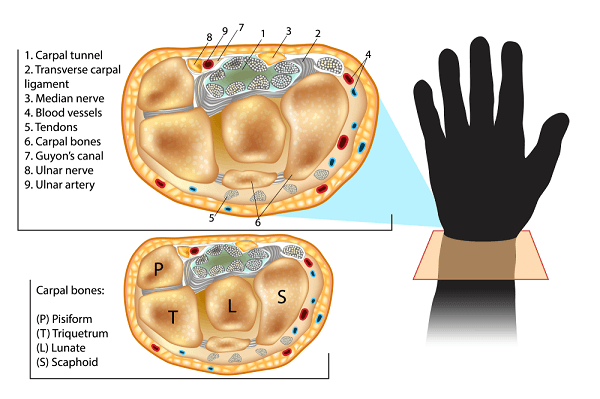 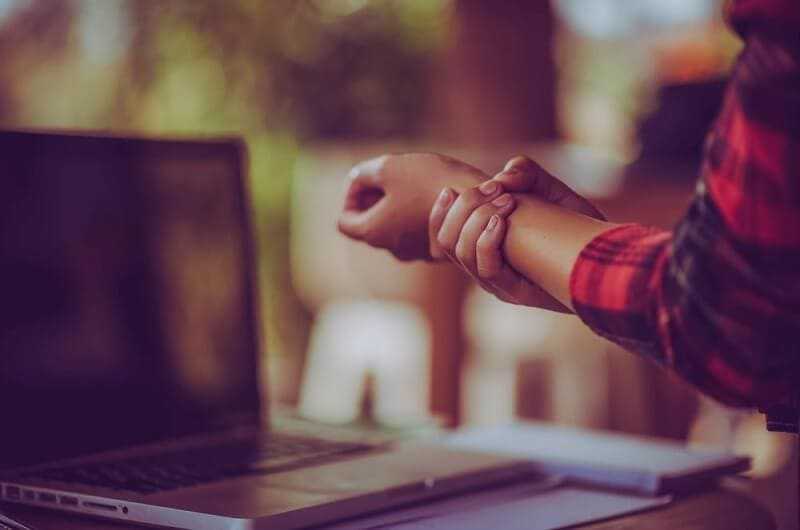 House painters, postal clerks, truck drivers, bank tellers and violinists have been stricken for years. So have carpenters, garment workers, dental hygienists, meat cutters and assembly-line workers. Until only a few years ago, the existence of cumulative trauma disorders was relatively unknown to the general public. In recent years, however, the computer revolution has thrust carpal tunnel syndrome into the spotlight by claiming thousands of new victims and prompting a growing public awareness of its dangers.

Computer operators, of course, are engaged in a highly repetitive activity. The most highly experienced keyboarders are able to type more than thirteen thousand strokes in an hour. Worst of all, these operators often sit in awkward positions and work at keyboards that are too high or screens that are too low. They also may have poor posture or a tendency to strike the keys too hard. 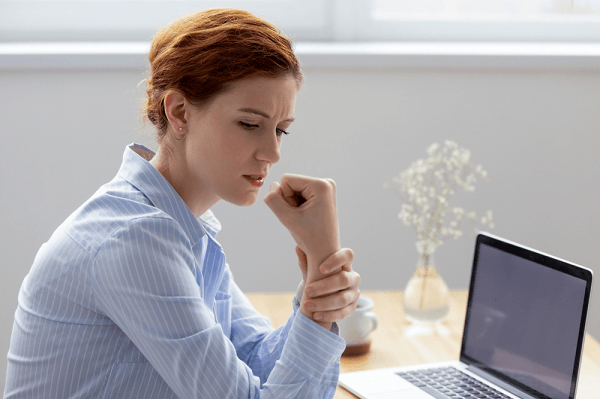 There are many other occupations where carpal tunnel syndrome can occur but it is also especially prevalent within the manufacturing industry in jobs that involve cutting, smallparts assembly, finishing, sewing and cleaning. In all of these jobs, small hand tools are used extensively. Away from the workplace, activities such as drawing, using power tools, crocheting, needlepoint, gardening, driving, knitting and even wringing clothes can lead eventually to carpal tunnel syndrome.

In addition, the median nerve can be compressed by a ganglion or cyst on a tendon, a tumor or an inflammatory condition such as rheumatoid arthritis. The onset of carpal mnnel syndrome can also be associated with diabetes, an underactive thyroid or a rare disease of the pituitary gland called acromegaly. 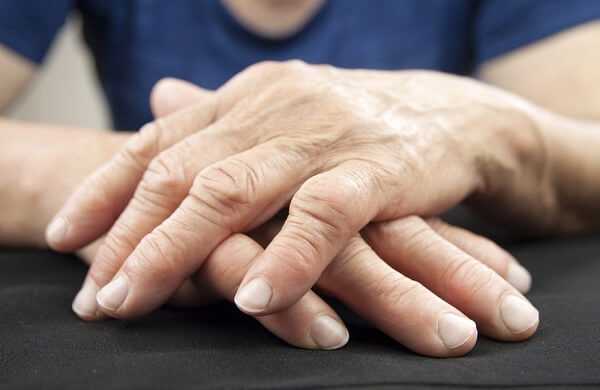 It’s also possible to contract carpal tunnel syndrome through the accumulation of fluid within certain tissues during pregnancy, from taking birth control pills or by sleeping on your hands or in a position in which the wrists are bent.

Typically, though, carpal tunnel syndrome is the result of daily activities that have kept a person’s wrists in a bent position for long periods of time. In the past ten years, the number of cases reported have more than tripled. One reason for this is the degree of automation and job speciahza-tion that has taken place, fragmenting workers’ tasks so that a given job may consist of only a few maneuvers that are performed thousands of times during a workday.

For example, a worker on a typical assembly-line assembler may perform upwards of twenty-five thousand repetitions a day. When that worker performs the very same motions over and over without any intermittent rest or recovery periods, the damage to the muscles, ligaments and tendons is great.

In addition to the harm that can be caused by prolonged repetitions, workers also need to be concerned about the degree of force or pounding used in their tasks, the unnatural or awkward positions that are undertaken, the force of vibrations at work and the strength of a grip required to hold a tool. Computer operators who pound the keys with abandon, floor polishers who must grip handles very tightly to counteract vibrations, house painters who continually twist and reach in awkward positions; all have elevated risks of contracting carpal tunnel syndrome. 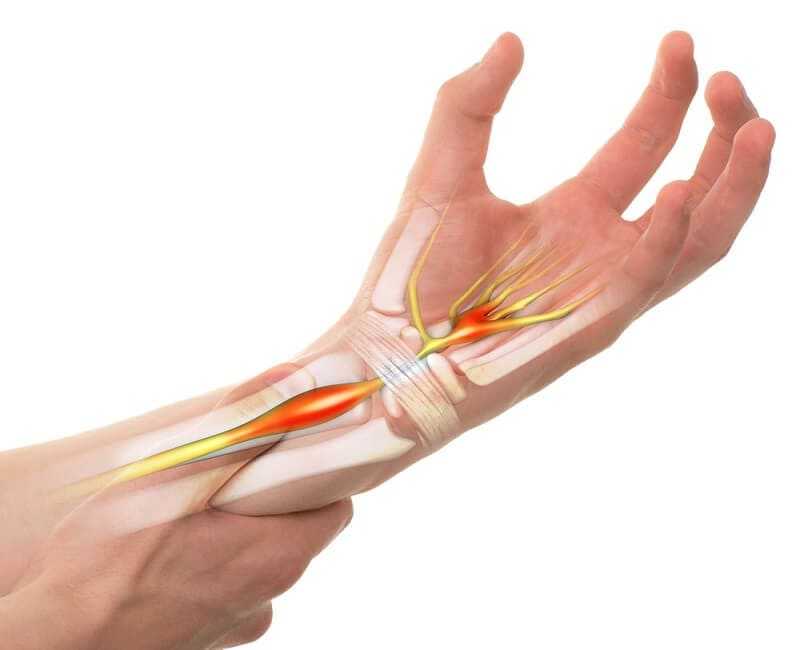 While hands and wrists are the most specific areas in which symptoms of carpal tunnel syndrome are experienced, repetitive strain injury affects the entire upper extremity including the hand, wrist, forearm, upper arm, upper back, neck and shoulder. In such cases, the pain associated with a repetitive strain injury tends to move around from day to day. This migration is made likely because of the body’s unconscious ability to compensate for discomfort in one region by having another region take on added work. So, one day you may feel numbness or tingling in one or both hands, and the next day there could be pain in the shoulder or neck.

Not every person will have the same symptoms, while the appearance of one particular symptom may not necessarily mean that the problem is carpal tunnel syndrome. However, if you have several of the symptoms and are engaged regularly in an activity diat requires prolonged repetition, strenuous gripping or awkward positions, the possibility should be checked out.

Most common of the early symptoms is a numbness or tingling in one or both hands. Frequently a person will awaken during the night with numbness, tingling or pain. Later on, there may be loss of sensation in the nerves, which will lead to a lack of hand coordination and an inability to hold onto objects. There can also be a problem in performing simple tasks such as tying shoes, turning doorknobs or opening jars, because the hands will seem to lack the necessary strength. Experiencing cold hands regularly, having difficulty just opening and closing them, being unable to differentiate hot from cold by touch and having hypersensitive hands are some other symptoms of carpal tunnel syndrome.

The most dominant symptom of carpel tunnel syndrome is pain. It can be confined to a small place or diffused over a wide area. It can occur when you’re just sitting still or it can awaken you during the night. Pain, especially of a chronic nature, should not be ignored.

If you do have symptoms that indicate you might have carpal tunnel syndrome, don’t delay seeking out a diagnosis. Getting treatment early on can mean a complete recovery with no lasting effects, while ignoring the symptoms too long could possibly lead to a permanent impairment of your hands.

A doctor will most likely perform a general physical examination of the hand, wrists, forearm, shoulder, back and neck to see if there is swelHng, muscle atrophy or tenderness in the muscles and joints. The presence of double-jointedness may be checked out, since it is a frequent characteristic of those who have carpal tunnel syndrome.

There are two tests that are routinely utilized in making a diagnosis of carpal tunnel syndrome: Phalen’s maneuver and Tinel’s sign. In the Phalen’s maneuver test, you place the backs of your hands together, with the tips of the fmgers facing the floor and the wrists flexed. Holding this position for about one minute will prompt symptoms of the disorder, if you have it. Using Tinel’s sign, also a simple test, you place one hand palm side up and the doctor taps on the wrist at the place where the median nerve is located to see if numbness or tingling occurs. 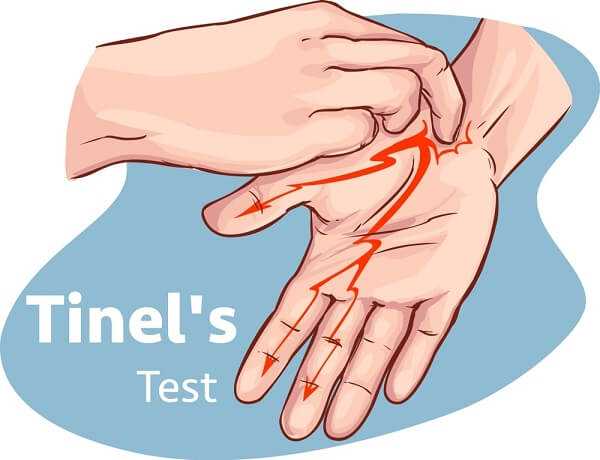 If the Phalen’s and Tinel’s results prove positive, an elec-trodiagnostic test, which studies motor and nerve conduction, is usually performed in order to confirm the diagnosis. A nerve conduction velocity test, it measures nerve damage by passing a low voltage of electricity through certain areas; a damaged nerve transmits the signal at a slower speed than an undamaged nerve. Nerve conduction velocity tests can be uncomfortable but are considered to be very rehable. 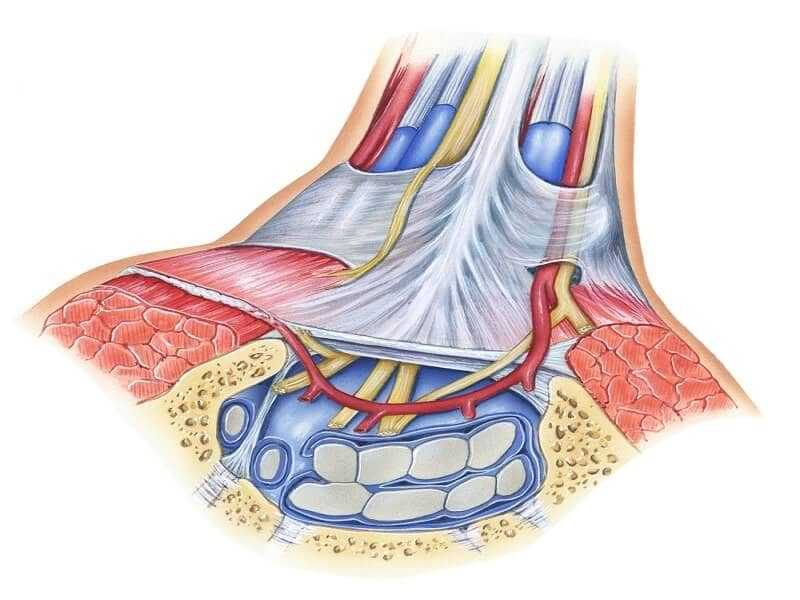 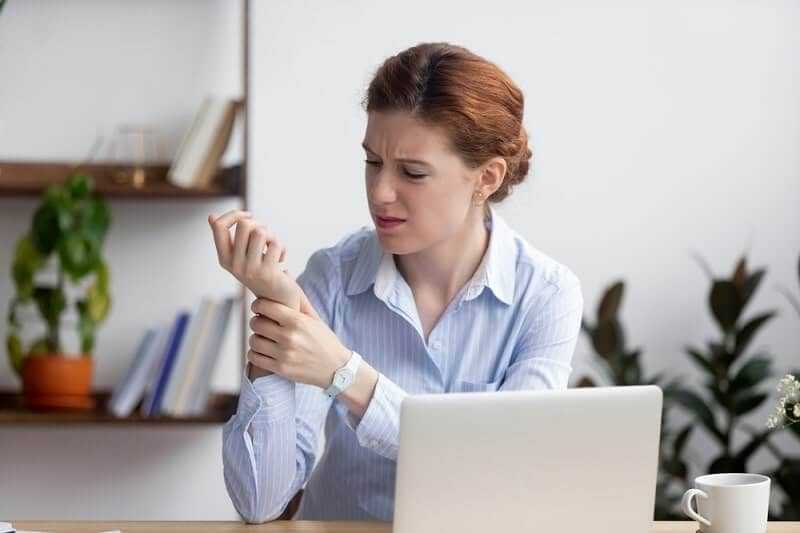 Tingling in the hands is always from Carpal Tunnel Syndrome? 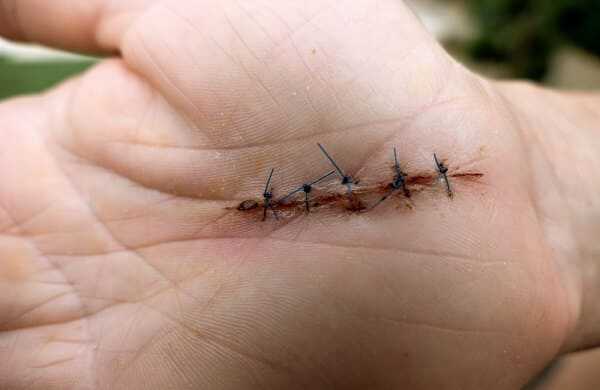 What is Recovery Time for Carpal Tunnel Surgery ?