Not all chronic pain has an obvious cause.  In fact, pain symptoms are mostly general signals from a dysfunctional human body that there is a disturbance.  If you live in the northern latitudes of the U.S. (and many other places too) you may be wondering, “Could your chronic pain be from Lyme Disease?” 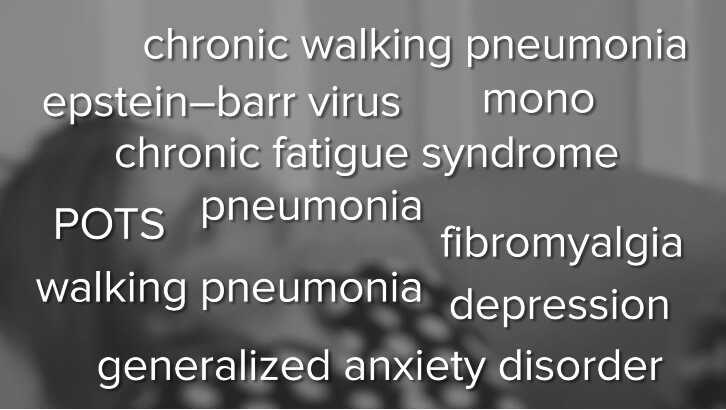 I practiced General Internal Medicine and Pain Management for over 26 years.  The majority of my training and practice occurred in the northeastern U.S.  I saw Lyme Disease frequently.

In the late 1970’s we were still working out what caused the disease, how it was transmitted, how to diagnose it, and how to treat it.  The disease is named after the index community where the original cases clustered…Lyme, Connecticut.

But Lyme disease has been around for over 5400 years.  A recent archeological discovery noted the mummified remains of a person to have been infected with it.  What we are seeing isn’t new.

Malcolm Muggeridge once said, “New news is old news to new people.”  So it may be with Lyme Disease.

What Is Lyme Disease?

Lyme Disease is caused by a particular type of bacteria in the spirochete family (the same family that causes syphilis).  The official classification of the bacteria occurred in 1981 (I was still in medical school) and was named Borrelia burgdorferi. 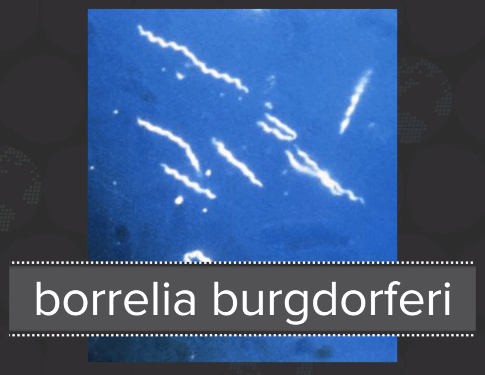 This type of bacteria has a nearly 30 day incubation period and is spread by deer ticks.  It lives in the salivary glands and digestive tract of the tick.  The tick has to bite a person and remain intact for 36 hours for the bacteria to be transmitted to a human being.

Not every animal that is infected with it develops Lyme Disease.  Humans are particularly susceptible to the development of Lyme disease once infected.

Our immune response to the bacteria is incomplete (meaning it does not always protect you from the infection) and also causes some of the symptoms of the disease.  There are over 300,000 new cases of Lyme Disease each year in the U.S. (according to a recent CDC report).

Although Lyme Disease is most common in the northern latitudes of the U.S., at least one case has been diagnosed in all the states with the exception of Hawaii.

What Are The Symptoms Of Lyme Disease?

The symptoms of Lyme Disease concentrate in the musculo-skeletal system, nervous system, skin and heart.  As you can see in the image below, the symptoms can be rather diverse: 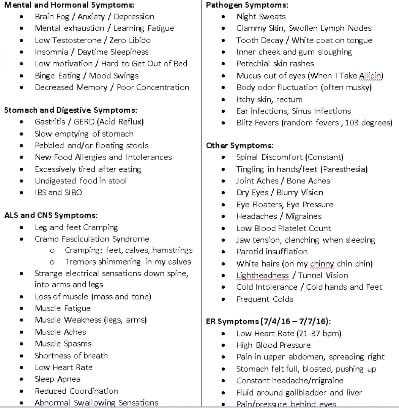 The symptoms are also subdivided into the acute symptoms that occur early in the infection and the chronic symptoms seen in late infection. See the image below: 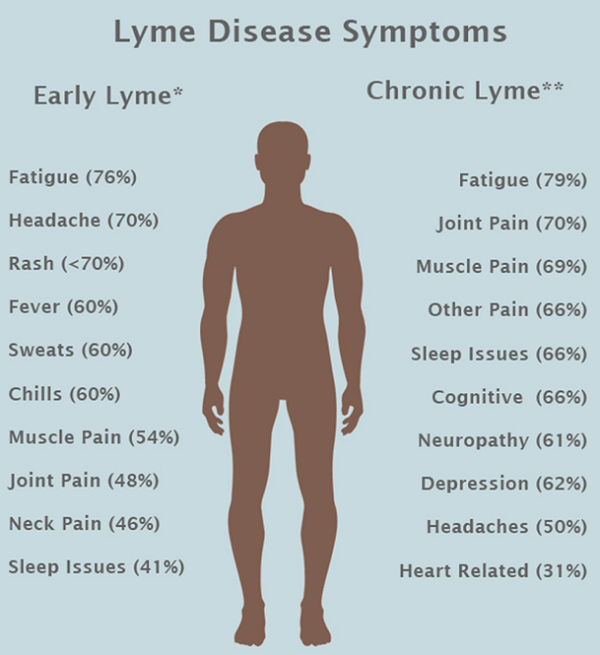 There is controversy whether a patient who has the chronic symptoms actually has an active infection with Borrelia burgdorferi.  I will be discussing this in more detail later in this monograph.

What Are The Physical Findings In Lyme Disease?

As is true with most infectious diseases, wherever the bacteria implants and grows is where the physical findings of the infection usually manifest.  As you can see in the image below, the bacteria is concentrated in the skin that is effected by the Lyme bacteria. This is the typical rash in the acute phase of Lyme Disease.  It is called Erythema Migrans. 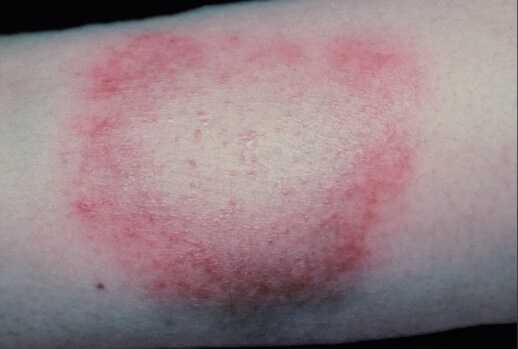 Not everyone has the same physical findings, which can make considering Lyme Disease as the cause for chronic pain quite challenging.  Many people never recall having been bitten by a tic or developing a skin rash.

How Do You Diagnose Lyme Disease?

Acute Lyme Disease is readily diagnosed by the history of a tic bite, characteristic rash, and joint pain.  The blood tests that are used to confirm the diagnosis will often not support the history and physical.  See the image below:

Unfortunately, there are a large number of false negatives with the blood testing for Lyme Disease.  This is especially true for the chronic form of the disease.  When blood testing is unreliable, diagnosis has to rely on the history and physical findings. 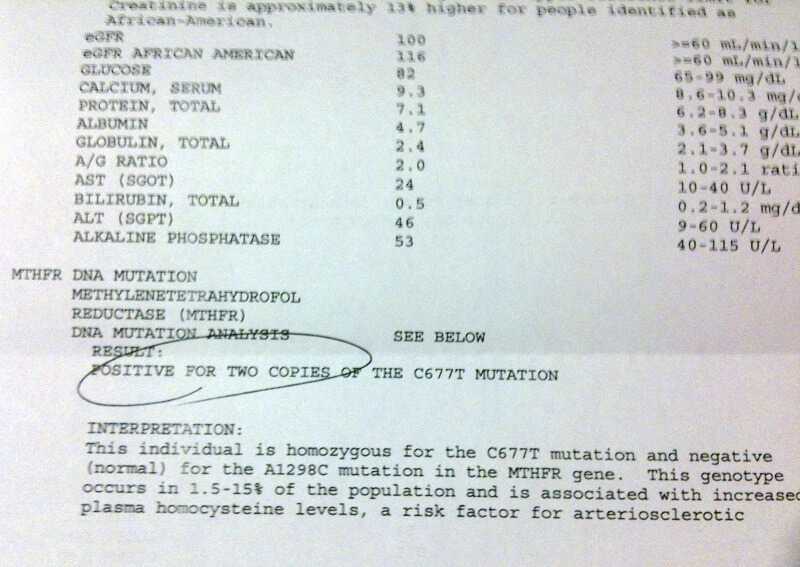 In the case of Lyme disease, those findings may be quite general, which does not help to narrow down the diagnostic possibilities.

How Do You Treat Lyme Disease?

The treatment of Lyme disease is dependent upon the major symptoms and organ system involvement.  See the image below: 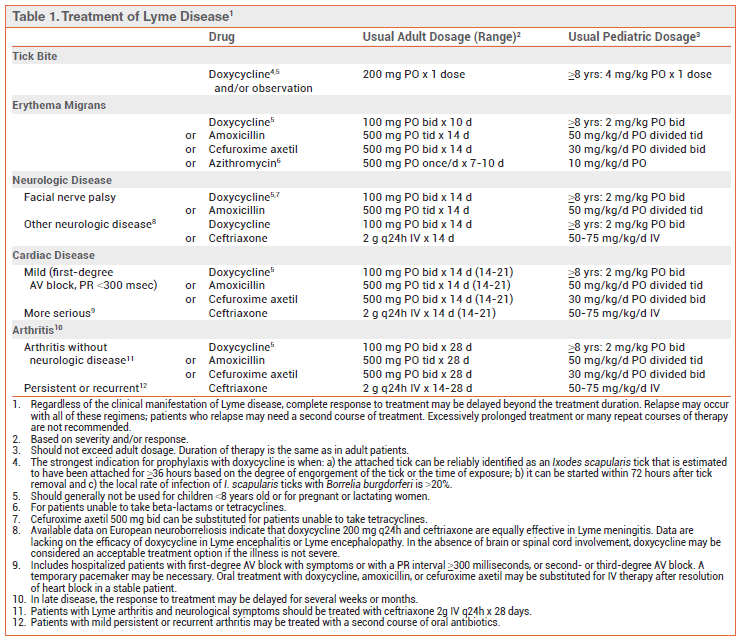 Could Your Chronic Pain Be From Lyme Disease?

Over the years there has been much discussion in the medical literature about whether Chronic Lyme Disease (CLD) actually exists?  To answer this question, I reasoned in this manner:

That being so, we can only conclude that Lyme Disease is the cause. This would be true even in the face of all blood tests being normal.

Of course, this has important implications for treatment with high dose, long term antibiotics.  At the very least, agreement for the existence of CLD must achieve consensus so additional studies can be done.

In the interim, each treating clinician should be permitted to exercise their own judgement as to the type, dose, and duration of antibiotic that may be given for CLD.  This would stay in effect until research would prove the best approach.

I have reviewed what Lyme Disease is, the symptoms, the physical signs, diagnosis, and treatment.

I hope you have found this monograph provocative. If you have any further questions, please comment below. I would love to hear from you and will reply quickly. 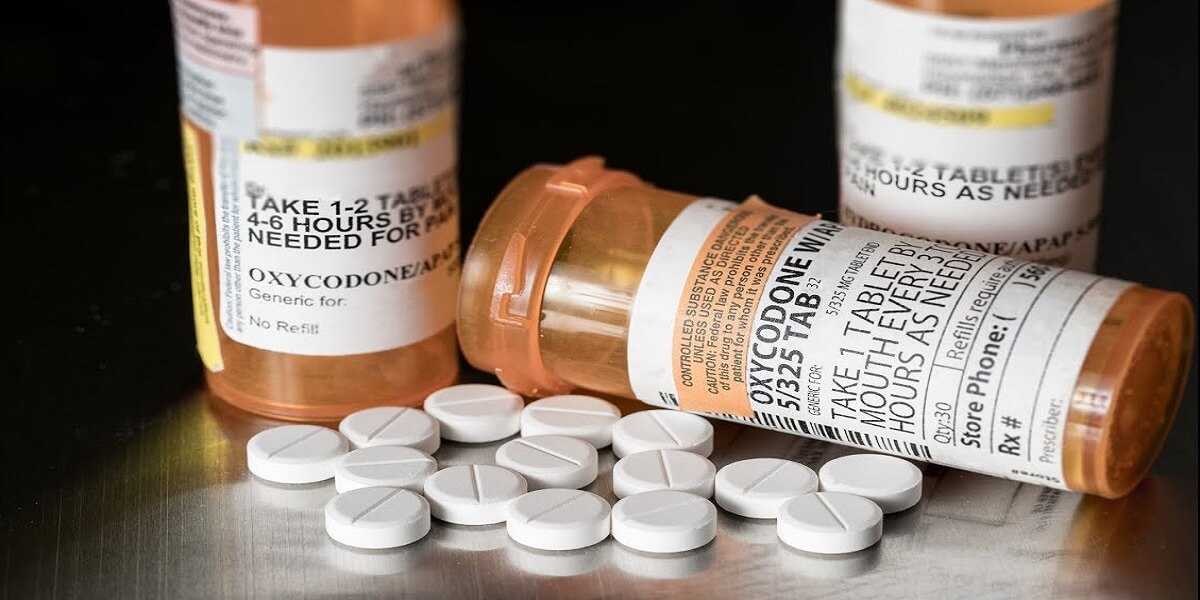 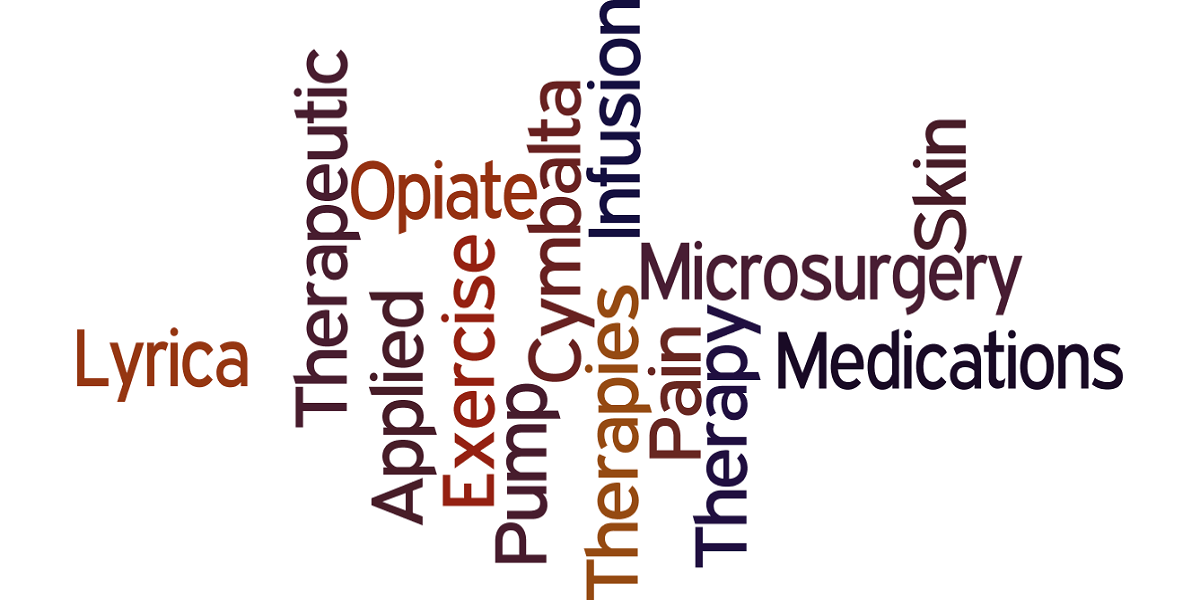 The 7 Best Treatments For Chronic Pain 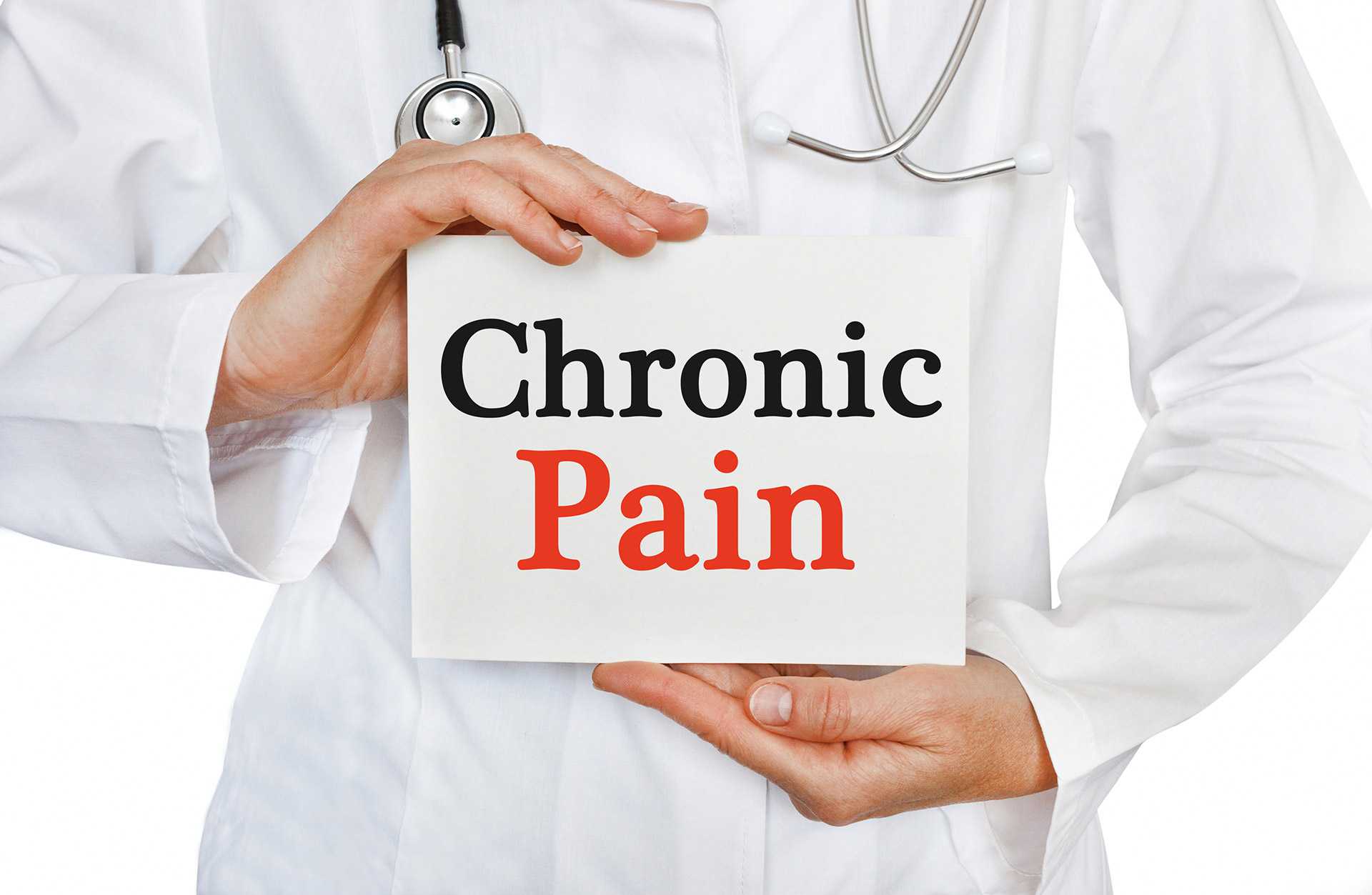