Maria (the patient’s name has been changed) was an athletic 20 year old college student who was on a full athletic scholarship to college for field hockey.  Then, one fateful day, in a “scrum” on the field she was thrown to the ground by an opposing player dislocating her right shoulder (her dominant arm).

She was taken to a local Emergency Room (ER) and had her shoulder reduced by the Orthopedic Surgeon on call for the ER. Her relief of pain was nearly immediate and she was placed in a sling and scheduled for follow up.

Within several hours her right arm pain restarted but had a burning quality to it.  When she saw the Orthopedic Surgeon later that week he told her she probably had stretched the nerves going into her arm when she dislocated it.  He gave her a mild narcotic and reassured her it would get better…it didn’t.

Over the next several weeks the pain became so severe that she stopped her right arm rehabilitation exercises.  To even lightly touch the skin of her right arm caused pain.

At the next appointment with the Orthopedic Surgeon he gave her the bad news…she was probably developing a mysterious disorder called Complex Regional Pain Syndrome (CRPS).

He told her that the medical profession was not certain how the pain was generated and that she would have to “learn to live with the pain.”  He had rarely seen anyone get relief with any known therapies.

This true story may seem dramatic and rare but it is not.  Thousands of people, usually young women in the age group from 20-35 years of age, suffer from the mystery of Complex Regional Pain Syndrome (also called Reflex Sympathetic Dystrophy).

Often the pain is out of proportion to the original injury or what can be seen on physical exam.

HOW IS CRPS DIAGNOSED?

The physical findings of CRPS are non-specific:

There are no specific diagnostic studies for CRPS.  The following studies are often performed to rule out other causes for the symptoms:

WHAT IS THE MECHANISM OF CRPS?

There has, as yet, been no consistently identifiable physiologic abnormality in the nervous system that accounts for the development of CRPS.  When the medical profession cannot identify the cause of something it is nearly impossible to structure a reliable treatment regimen.

More than likely CRPS has multiple causes that result in similar symptoms.

CRPS also has a tendency to “cross-over” to the other extremity (that was previously uninjured). This has led Neuroscientists to speculate on a central nervous system cause for CRPS.

Furthermore, treatments that effect the central nervous system have shown some promise for pain relief (the medication Lyrica for instance).

THERE IS HOPE WITH TREATMENT…

There is no one treatment program that works for all cases of CRPS.  It would seem to make sense that, if the mechanism generating the pain is of central nervous system origin, then the treatments should be aimed at effecting central mechanisms.  These would include:

You will have to keep trying therapies until you find what works for you.  If you do you will find relief…there is hope.

I have selected several therapies that may be useful to you or your loved one that has RSD.  Click on the image to view and purchase the items of interest:

If you have any further questions, please comment. I would love to help you find relief. 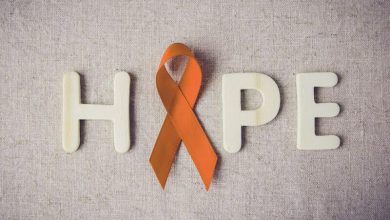