Have You Ever Considered This?

Because there are 3 vascular systems of the body, chronic pain can be caused by dysfunction in any of these systems.

Most people have heard about the arterial system of the body.  That system is assigned to carry oxygenated blood, nutrients, and circulating chemical substances to every area of the human body through a flexible, muscular network of tubes called arteries.  It will not be the focus of this article.

Some people have also heard about the lymphatic system.  That system is assigned to carry a protein rich fluid from the farthest reaches of the human body back to the heart by way of a network of very fragile, thin walled tubes called lymphatic vessels.

Enroute,  the lymphatic fluid receives a cleansing by way of the spleen, liver, and lymph nodes.  The lymphatic system is also collectively called the Lympho-reticular system.  This too will not be the focus of this article.

The third vascular system of the human body is the venous system. It is a network of thin walled, muscular tubes called veins.  The veins are assigned to carry blood back to the heart so that the oxygen and nutrients that have been removed can be replenished.  Let’s look at the structure and function of the venous system in the legs a little more closely.

A Brief Anatomy and Physiology of the Venous System…

The venous system of the legs is arranged into the deep veins, the communicating veins (perforating veins), and the superficial veins.  The proper functioning of all is necessary for effective function of the venous system in the legs. 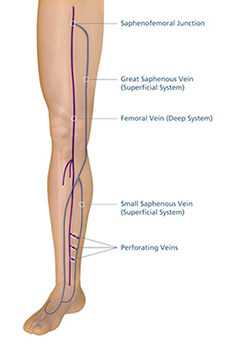 The deep veins of the legs are directly responsible for carrying blood to the large veins in the pelvis and then back to the heart.  The deep venous system has a predictable and well organized organizational pattern.  These veins are not observable upon surface examination of the skin.

The main physiology of the veins is to transfer blood back to the heart.  This transfer of blood to the heart is called venous return (VR).  VR of the legs is powered by 3 processes:

1)  The pumping action of the heart creates a flow that pushes blood through the tubular vascular system.

2)  Through a miraculous construction using the principles of physics, the flow pressure on the arterial side is higher than on the venous side such that a pressure gradient “draws” the blood back to the right side of the heart.

3)  The third process is the “pumping action” of the foot and calf muscles to propel the blood in the legs up the tubular network into the pelvis.

Whereas the blood flow from the legs up into the pelvis is against gravity (while in the seated or standing positions) there has to be a mechanism to keep the blood flow from “backing up” in the legs.  This is accomplished by the valves that normally exist within the venous system.

You can think of the valves like the rungs of a ladder, each valve allowing the blood to move from valve to valve (each being separated from each other a short distance).

The venous system of the legs is regulated by the nervous and hormonal systems.  It is a finely tuned symphony of activity when functioning properly.  So what happens when things go awry?

What are the Major Causes of Venous Pain?

Essentially, pain from the venous system can occur 3 ways:

The 2 most common causes of venous pain of the legs are the following:

Varicose veins (VV) are veins that have been amply stretched out.  This usually occurs when the valves of the effected veins are not working properly.  When the valves malfunction the pressure inside the vein goes up stretching the vein and causing pain.  Previous injury to the vein or simply family genetics are usually the cause. 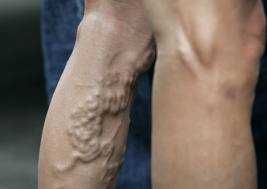 A clot is where blood has been activated to congeal and form a plug.  The process is actually in a balance as small breeches in the veins and arteries occur quite naturally.  The body is forming and dissolving small clots throughout the body all the time.

A clot becomes a problem when it restricts the blood from flowing through the vein.  This is called thrombophlebitis.  Under such circumstances the pressure inside the vein rises severely injuring the interior of the vein (normally very smooth) and rerouting the flow of blood through alternate pathways.  The pain can be quite excruciating.

How Do You Diagnose Venous Pain?

Important Note
THE DIAGNOSIS FOR THE CAUSE OF LEG PAIN ALWAYS REQUIRES A THOROUGH HISTORY AND PHYSICAL BY A LICENSED PRIMARY CARE PRACTITIONER. DO NOT TRY TO MAKE THE DIAGNOSIS OF LEG VEIN PAIN YOURSELF.


Varicose Vein (VV) pain is usually quite obvious.  The superficial veins of the legs are very apparent with multiple twists and turns.  The veins may actually be painful to the touch.  The skin can be inflamed that overlies the VV.  Occasionally the veins will spontaneously rupture releasing the trapped blood (quite dramatic when it happens).

Venous clots are easily diagnosed when they are in the superficial system.  As with VV the area is painful and inflamed.  Spontaneous rupture is rare but the pain is usually more severe than with VV alone.

If the venous clots occur in the deep system of veins the diagnosis requires more elaborate testing.  As with VV and a superficial clot…pain, redness, and swelling are usually present.  Because a more extensive obstruction to blood flow usually occurs with deep venous clotting, the pain and swelling of the leg are usually more severe.

More elaborate testing is required to be able to evaluate how extensive the deep clotting is. Extensive deep clotting increases the risk of all or a portion of the clot to break off.  If this happens the “plug” of clot is rapidly transported through the heart to the lungs.  If large enough it can cause sudden death.

The extensive nature of a deep clot is readily identified with a procedure called Venous Duplex Ultrasound.  This procedure is easily and rapidly performed by an ultrasound technician.  It measures the size of the clot and evaluates for blood flow.  Once determined an accurate estimate of the risk for the clot to break off can be made.

What are the Complications of Venous Pain Disorders? 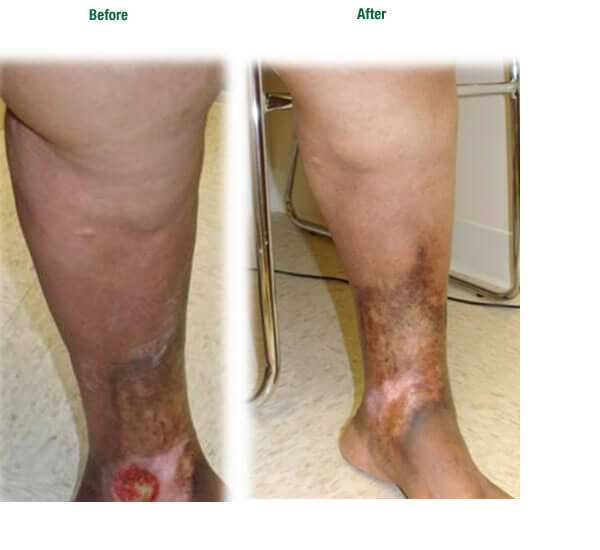 The most common and serious complications of venous pain disorders are as follows:

Once the veins of the leg have been damaged there is often a permanent problem with venous drainage.  This results in elevated venous and capillary (very small blood vessels) pressures with chronic leakage of fluid, blood cells, and proteins into the tissue.  The skin will become “tattooed” with red cell pigment (called hemosiderin) giving the skin a brown color.

The tissue will also have an accumulation of fluid called edema.  The swelling can often be imprinted with an examining finger (leaving a “dent”) for many minutes.  It can even become impossible to wear shoes and other foot gear.

The tissues that are fluid overloaded are more fragile than normally.  Small cracks and punctures will develop into fissures and ulcers.  The ability to heal these local areas of injury and infection is reduced due to the reduced blood flow.  In severe cases the ulcers can become quite large and difficult to treat.

The damage caused by the initial clot can permanently injure the interior of the vein.  This causes the likelihood of clot formation to recur due to the reduced and turbulent blood flow.

A devastating complication of venous clotting is the possibility of the clot breaking off and traveling to the heart and lungs.  The sudden obstruction of blood flow in the lungs acutely elevates lung pressures which can cause the heart to fibrillate.  Death ensues shortly thereafter.

How Do I Treat Venous Pain Disorders?

Axiomatic to most blood flow disorders, the flow of blood must be restored through various treatment modalities.  This is effected as follows:

Leg elevation, compressive stockings, and inflatable pneumatic devices can all reduce tissue fluid and increase venous blood flow.  Of course, any ulcers that form need to be directly treated with antibiotics applied to the ulcer or even taken systemically (by mouth or by injection).

2)  Reduce the tendency for clot formation:

These types of medicines are called hemorheologic medicines.  Aspirin, Heparin, Coumadin, etc. are all agents in this category. Some medicines cannot be taken by mouth and have to given by injection.

3)  Remove clots that are present:

This can be accomplished with medicines that actually dissolve the clot (such as Tissue Plasminogen Activator or TPA) or by surgical removal (where the clot is actually mechanically pulled out of the vein).

The clinical urgency dictates how aggressive treatment must be.  In many cases a combination of the above treatments will be used.

The aforementioned treatments are not an exhaustive list of therapies and is intended as informational only.

Venous pain of the legs is a very treatable cause of pain. The diagnosis is easily established by a licensed medical practitioner. Treatment is very effective when initiated early in the venous injury process.

We have reviewed the main causes of venous pain in the legs, diagnosis, complications, and treatment. I hope you have found the information useful.

Please send me an email([email protected]) with your questions and comments…I would love to hear from you.

Wishing you much joy and good health.

How Does A TENS Unit Work? 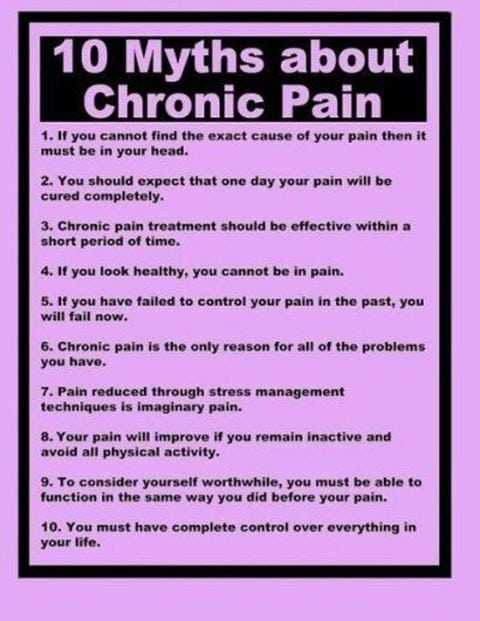 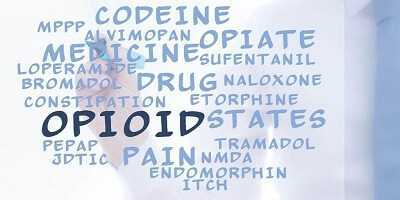 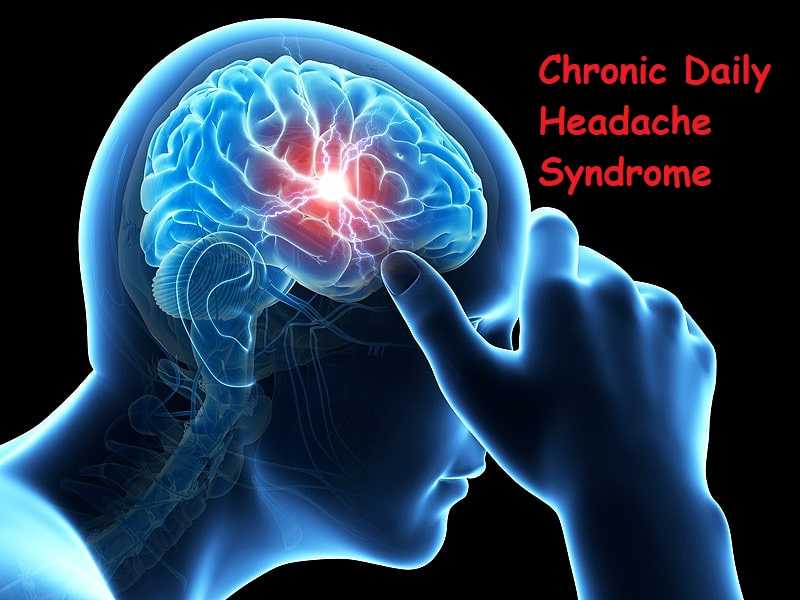