Apart from a few accepted syndromes, this problem, sometimes known as repetitive strain injury (rsi), is dogged by controversy.

Many tendons run for part of their course through insulating sheaths, which lubricate and guide them. If these tendons swell through excess use, they can ‘snag’ against the insulating sheath. This is best known in the fingers and thumbs, where it is called tenosynovitis. Different types of tenosynovitis have agreed symptoms and signs and even their own names, for example De Quervain’s tenosynovitis of the thumb.

The concept of repetitive strain disorder (rsd) is more controversial, with its combination of non-specific tiredness and discomfort of the limb, especially the hands. This is because, unlike tenosynovitis, there are no identified abnormalities in the limb to account for the symptoms. Latest research is starting to show how pain links with muscle and tendon function.

Nevertheless, in many countries the law has stepped in where doctors fear to tread and it is now accepted as a condition associated with keyboard workers and assembly workers whose jobs involve repetitive wrist and finger movements.

The pain of tenosynovitis overlies specific tendons, for example those of the fingers, often with red inflammation over them. The patient and doctor may feel a grating sensation on flexing those tendons. At worst the tendon fails to run freely at all through the sheath, moving instead in a series of painful jolts as it catches and breaks free. De Quervain’s tenosynovitis involves pain on movement of the base of the thumb.

This contrasts with repetitive strain disorder where there is nothing to find on examination and where the diagnosis rests entirely on individuals, who may have overused their muscles and their tendons, reporting discomfort during work, which disappears on rest.

Doctors first wish to exclude known treatable syndromes that cause hand and wrist pains, for example carpal tunnel syndrome, which is caused by compression of a nerve at the wrist where pain spreads in a characteristic way across several fingers. It may take electrical tests of nerve function to exclude this kind of problem. Carpal tunnel syndrome is treated by surgical release of the compressing band.

Tenosynovitis responds initially to rest – perhaps aided by a splint on the wrist, the rubbing on of anti-inflammatory gels or taking anti-inflammatory tablets and physiotherapy. The next step is a steroid injection into the point of tenderness. Occasionally there is constant pain and a grating of tendons, for which the treatment is to open up the tendon sheath surgically, although sometimes symptoms recur.

This leaves a number of people with the vaguer complaints of RSD. For these, too, a short period (perhaps a few weeks) off work plus anti-inflammatory treatments may relieve symptoms. Their working practice needs assessing, preferably by a physiotherapist skilled in this area, who will be able to review the timing and length of breaks, and the working position. She might suggest, for example, a better chair or a work desk at a better level, or using a wrist support to help relieve discomfort from typing. Some people, however, still might find they are unable to cope with certain occupations. 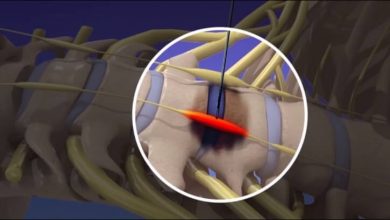